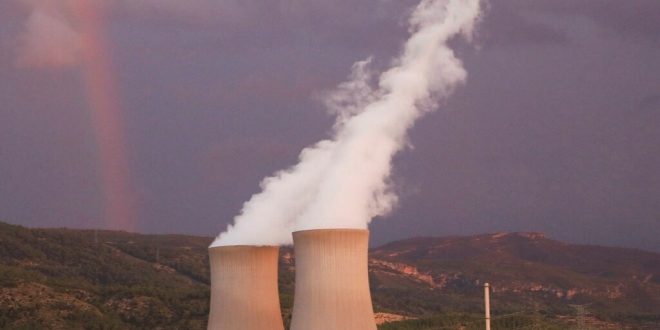 French authorities have allowed five nuclear power plants in France to continue operations and discharge hot water in rivers even during another heatwave as the country looks to keep its electricity generation stable and conserve natural gas for the coming winter.
Power giant EDF has warned that it might have to reduce nuclear power generation this summer because of environmental regulations as the water levels of rivers are low and water temperatures high. Water from rivers is typically used to cool reactors, while environmental regulations usually set limits on nuclear power output because hot water re-entering rivers could endanger the local flora and fauna.
However, under exceptional circumstances this year, the French nuclear energy regulator, ASN, said on Monday that it is temporarily changing the rules on hot water discharge at the nuclear power plants Blayais, Bugey, Golfech, Saint-Alban, and Tricastin.
The regulator thus prolonged the waivers for those plants, considering that the government has requested that nuclear power generation be maintained at as high levels as possible, in view of preserving gas and hydropower for the autumn and the winter, ASN said.
France’s EDF has warned for weeks that nuclear power generation in France would be reduced as high temperatures of rivers Rhone and Garonne make them too hot to cool reactors.
France has had issues with its nuclear power generation this year, which has reduced the available electricity supply in France and Europe and sent French power prices for next year surging. Half of all reactors EDF is operating are currently offline for planned maintenance or repairs.
France’s nuclear power generation accounts for around 70 percent of its electricity mix, and when its reactors are fully operational, it is a net exporter of electricity to other European countries. Prolonged maintenance at several nuclear reactors this year, however, means that France—and the rest of Europe—have less nuclear-generated power supply now.