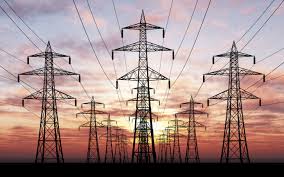 France’s nuclear power plants are undergoing repairs and extended outages, leading to a 25% decrease in nuclear power plant output this winter, an analysis from Baringa Partners LLP said, according to Bloomberg.
France, Europe’s largest power exporter, could be left scrambling to import power this winter. France typically sends power to the UK, Germany, Italy, and Spain—and could soon find those countries rivals in its quest to purchase power to sustain itself through the demanding winter months.
France generates more than 70% of its total electricity from nuclear power.
The extended outages and repairs will create a strain in the market that is in addition to the strain caused by Russia’s invasion of Ukraine and the resulting energy- and financial-related sanctions on the aggressor.
This winter, Bloomberg said, the winter electricity flows to the nations France typically supplies is set to be reversed, as power prices within France are pushed higher amid less supply. The upcoming winter is what Phil Grant, Partner at Baringa Partners, has called “fascinating”.
In February, prior to the Russian invasion, French President Emmanuel Macron called for 13 new nuclear reactors in what he called a “renaissance” of the country’s nuclear power industry.
At the time, the announcement created turmoil within Europe, with nuclear power’s green label creating tension, specifically with Germany.
Germany had openly chastised the European Commission for its decision to classify nuclear investments as climate-friendly. Germany has plans to shutter all of its nuclear plants by 2022, whereas France sees nuclear power as a necessary step that will allow the country to move away from fossil fuels.
France’s EDF stopped operations at two nuclear power plants at the end of last year after finding a fault at one during routine maintenance. This brought the total number of nuclear plants out of operation in December to four, which accounted for 13 percent of the current power availability in France.