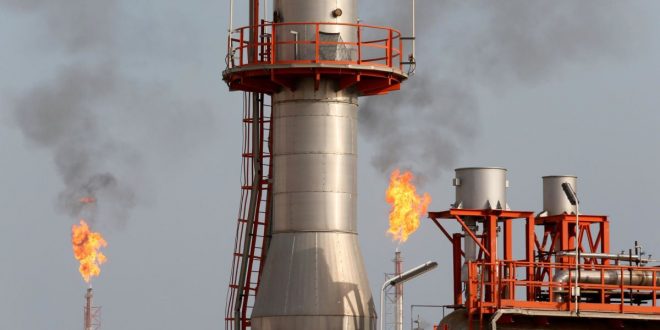 Iran’s oil minister has said that his country intends to raise $145 billion in domestic and foreign investments to improve its oil industry in the next 4-8 years, underlining the importance of cooperation with Chinese companies.
Javad Owji in a meeting with the head of China Petroleum and Chemical Corporation (Sinopec) office in Tehran, Zhong Gouydoung on September 21 said that the Chinese company “is fully familiar” with Iran’s oil and gas fields. He praised China as “a friend and aligned” country and requested Chinese investments in “shared oil projects”.
Owji said that new government wants expanded cooperation with Chinese companies to develop its oil projects both in exploration and production (upstream) and in refining and petrochemicals (downstream).
Owji’s ambitious request comes as in the past two decades Sinopec and CNPC, another Chinese energy company, have a made a total of just $4.4 billion investments between 2007-2016. These companies were involved in phase one of Yadavaran and Azadegan oil fields.
Iranian parliament’s research center and the oil ministry have reported that overall investments in the energy sector have substantially declined in the past decade.
Former oil minister Bijan Namdar Zanganeh and others have said that Iran needs up to $200 billion investments to improve the industry.
China and Iran concluded a 25-year cooperation pact in March that is said to contain up to $400 billion Chinese investments, including $280 billion in the energy sector.
After six months, however, China has not move forward with any investments, as US sanctions are still in place, with negotiations to restore the JCPOA not having led to an agreement yet.