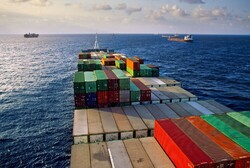 Iran exported non-oil products valued at $2.264 billion to the United Arab Emirates (UAE) in the first four months of the current Iranian calendar year (March 21-July 22), according to the data released by the Islamic Republic of Iran Customs Administration (IRICA).
Based on the IRICA data, the UAE was Iran’s third main export destination in the four-month period.
Iran has also imported goods worth with $4.875 billion from the UAE in the first four months of this year.
The UAE was Iran’s top source of imports in the mentioned time span.
Increasing non-oil exports to the neighboring countries is one of the major plans that the Iranian government has been pursuing in recent years.
Iran shares land or water borders with 15 countries namely UAE, Afghanistan, Armenia, Azerbaijan, Bahrain, Iraq, Kuwait, Kazakhstan, Oman, Pakistan, Qatar, Russia, Turkey, Turkmenistan, and Saudi Arabia.