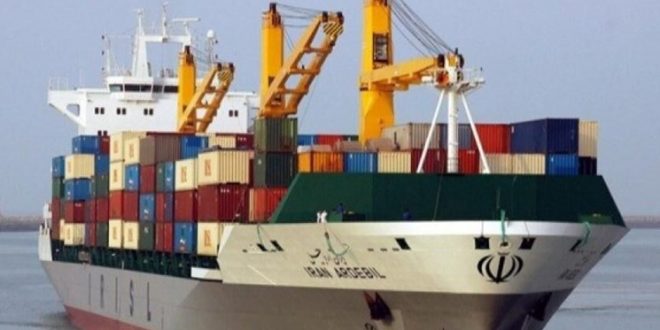 Iran has traded 134 million tons of non-oil commodities worth $65.5 billion in the first 11 months of the current Iranian calendar year (March 20, 2020-February 18, 2021), according to the head of the Islamic Republic of Iran Customs Administration (IRICA).
As reported by IRIB, during the mentioned period, 103 million tons of commodities worth $31.2 billion were exported to foreign destinations, while about 30.8 million tons of non-oil goods valued at $34.3 billion were imported, Mehdi Mir-Ashrafi said.
Iran’s top five non-oil export destinations during this period were China with $8.1 billion worth of exports, Iraq with $6.8 billion, the United Arab Emirates (UAE) with over $4.1 billion, Turkey with $2.2 billion, and Afghanistan with $2.1 billion.
According to the official, the mentioned five countries accounted for 72 percent and 75 percent of Iran’s total non-oil exports in the said period, in terms of weight and value, respectively.
Meanwhile, the country’s top five sources of imports during these 11 months were China with $8.8 billion, the UAE with $8.4 billion, Turkey with $3.8 billion, India with $2 billion, and Germany with $1.7 billion worth of imports.
The mentioned countries exported a total of 15.2 million tons of commodities to the Islamic republic to account for 50 percent and 72 percent of the country’s total imports during the said period in terms of volume and value, respectively.
The imports of non-oil goods in this time span decreased by six percent and 15 percent in terms of weight and value, respectively, compared to the same period last year.
Of the total imported commodities in the mentioned 11 months, some 21.4 million tons worth $11 billion were basic goods.
Like all other countries around the world, Iran’s trade with its foreign partners has been affected by the coronavirus pandemic, however, the situation is getting back to normal and the country’s trade is reaching its pre-pandemic levels.

Previous Iraq Walks Away from $2B Upfront Oil Deal with China
Next Russia, Saudi Arabia at Odds over Oil Cuts Ahead of OPEC+ Meeting