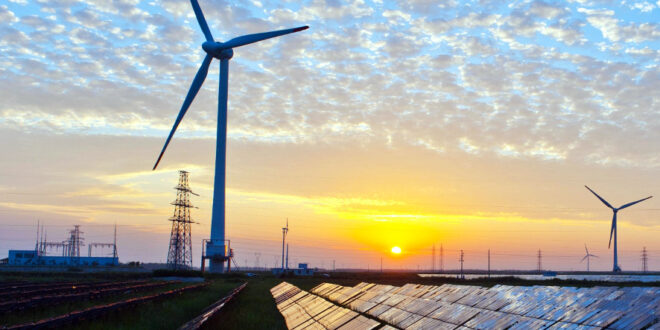 Green energy investors rate Ireland as 13th of the 40 most attractive destination for their money, a new survey says.
The EY Renewable Energy Country Attractiveness Index, published on Thursday, says the State has held a strong position in the rankings of the countries assessed. The 13th spot represents a drop of just one position since the last survey two years ago.
Stephen Prendiville, head of sustainability at EY Ireland, argued that this reflected some countries’ progress rather than any reverse here.
He added that the Irish market for onshore wind, and new prospects for offshore generation and solar power, supported Ireland’s position.
The United States maintained its position at the top of the index, bolstered by recently passed laws boosting tax aid for green hydrogen.
A $3 tax credit over 10 years for every kilogram of the fuel produced could make US green hydrogen the world’s cheapest, says the survey.
This in turn could cut prices for steel, cement and glass produced using green hydrogen, allowing these materials to compete with versions made using fossil fuel.
China held second place on the index on the basis that this is likely to be a record year for investment in wind and solar power in the world’s second biggest economy.
“The report highlights that globally the transition to renewable energy has become even more urgent amid soaring gas prices, geopolitical tensions, supply chain shortages and extreme weather events,” said Mr Prendiville.