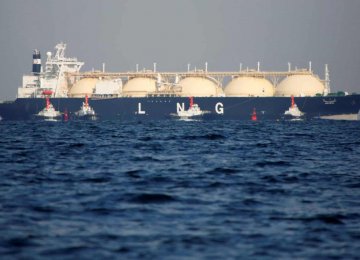 Japan intends to explore 1.4 Tcf of estimated recoverable natural gas reserves offshore Shimane and Yamaguchi prefectures in the west that could produce 46.7 Bcf/year of gas after starting output in 2032, an official at the Ministry of Economy, Trade and Industry told S&P Global Platts Jan. 17.
The move comes as Japan has found “considerable gas shows” in a series of the country’s funded drilling operations conducted by INPEX until the fiscal year 2019-20 (April-March), marking the first domestic project, which enters an exploration phase with the support of the government’s geological structure surveys, the official said.
INPEX, which has obtained prospecting rights, will start exploratory drilling works in March offshore Shimane and Yamaguchi prefectures at a block at a water depth of about 240 meters, about 130 km from Hamada city in Shimane prefecture and around 150 km from Hagi city in Yamaguchi prefecture, the official said.
Initial findings show that the exploration block is estimated to hold about 1.4 Tcf of recoverable gas reserves, which could potentially boost Japan’s reserves from the current 1 Tcf recoverable gas reserves, the official said.
The exploration project, which is operated 100% by INPEX, will last until FY 2027-28, when the state-owned Japan Oil, Gas and Metals National Corp. provides a total of Yen 16.5 billion ($144.2 million) equity investment, the official said, adding that production is expected to start in 2032 if the project begins the development phase as planned around 2027.
The gas production, which will be piped to the Honshu island, is expected at 46.7 Bcf/year, accounting for 1.2% of Japan’s current natural gas consumption volumes, according to the official. It is also estimated to boost Japan’s domestic gas self-sufficiency rate to 3.4%, from 2.2% currently.