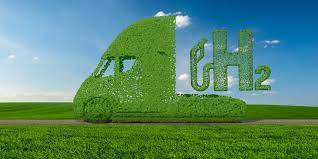 Realizing the potential of hydrogen as the fuel of the future, four Japanese companies, Marubeni Corporation, Iwatani Corporation, Kansai Electric Power, and Kawasaki Heavy Industries have signed an MoU with Stanwell Corporation and APT Management Services of Australia. The MoU has been signed to study the feasibility of shipping liquefied green hydrogen from Australia to Japan. The master plan involves large-scale hydrogen production using Queensland’s renewable energy and its liquefaction at the Port of Gladstone.
The feasibility study will be exploring and assessing green hydrogen production technology, liquefaction plant construction, and transportation through liquefied hydrogen carriers. The study will also focus on the environmental and financial assessments as well as the commercialization aspects of the plan. Japan is already on its way to complete the world’s first liquefied hydrogen carrier. Named “SUISO FRONTIER”, the vessel is in its final stage and preparations are being made to transport Australian-produced liquified hydrogen for technological demonstration purposes.
The master plan has a target of achieving 100 tonnes of hydrogen production per day by 2026 and 800 tonnes per day by 2031. Stanwell Corporation expects that at its peak this project will be creating 5000 new jobs and generating $10 billion worth of gross state product for Queensland.
In 2022 the financial investment decisions for the hydrogen project are to be made by the consortium and the feasibility study will be a key element in their decision making. In the $7.6 million feasibility study, the Australian government will be providing support of $1.59 million through the Australian Renewables Energy Agency.