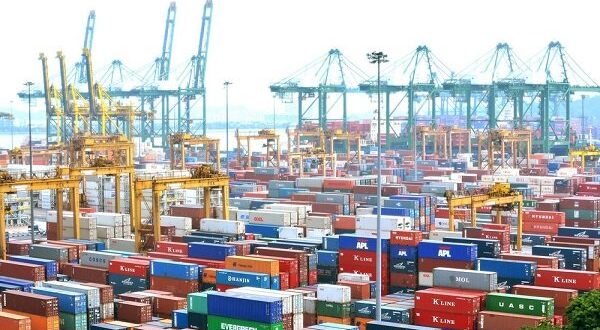 The value of Iran’s non-oil trade rose 40 percent during the first eight months of the current Iranian calendar year (March 21-November 21), as compared to the same period of time in the past year, the head of the Islamic Republic of Iran Customs Administration (IRICA) announced.
Mehdi Mir-Ashrafi said that Iran has traded over 110.3 million tons of non-oil products worth $63.1 billion with other countries in the mentioned period, IRIB reported.
According to the IRICA head, the weight of trade in the mentioned period also grew by 43.5 percent in comparison to the figure for the previous fiscal year.
The official put the eight-month non-oil exports at 83.7 million tons valued at $31.1 billion, with a 42-percent rise in value and 10.5-percent growth in weight.
Mir-Ashrafi noted that petrochemical products accounted for 43 percent of the total value of the exports in the said time span, with 39.8 million tons worth $13.3 billion of the said products being exported to foreign markets.
He said major export destinations of the Iranian non-oil goods were China, Iraq, Turkey, the United Arab Emirates (UAE), and Afghanistan.
The official further announced that the Islamic Republic imported 26.5 million tons of non-oil commodities worth $32 billion in the first eight months of the present year, with a 38-percent growth in value and a 21-percent rise in weight year on year.
The United Arab Emirates was the top exporter to Iran in the said period, followed by China, Turkey, Germany, and Switzerland, he stated.
According to the IRICA head, out of the total non-oil goods imported into the country in the first eight months of this year, 20.3 million tons worth $12.4 billion were basic goods, which accounted for 38 percent of the total value of the imports.
Mir-Ashrafi has previously announced that the value of Iran’s non-oil trade stood at $73 billion in the past Iranian calendar year.
He has put the weight of non-oil trade at 146.4 million tons and said that the figure shows a 25-million-ton annual decline, which is the result of sanctions and coronavirus pandemic.
Iran’s non-oil export was 112 million tons valued at $34.5 billion, and that of import was 34.4 million tons worth $38.5 billion in the past year, the official added.
Among the country’s non-oil export destinations, China was the first, with importing $8.9 billion worth of products, Iraq was the second with importing $7.3 billion, the United Arab Emirates the third with importing $4.6 billion, Turkey the fourth with importing $2.5 billion, and Afghanistan the fifth with importing $2.2 billion, Mir-Ashrafi announced, and named gasoline, natural gas, polyethylene, propane, and pistachio as Iran’s major exported products during the past year.
He further named Iran’s top sources of non-oil imports in the said time, as China with exporting $9.7 billion worth of products to the Islamic Republic, the UAE with $9.6 billion, Turkey with $4.3 billion, India with $2.1 billion, and Germany with $1.8 billion, respectively, and mentioned corn, cellphone, rice, oil meal, and oilseeds, wheat, and raw oil as the major imported items.

Previous Vitol: OPEC+ Likely to be Cautious on Oil Demand at Meeting
Next OPEC Postpones Technical Meetings to Evaluate Omicron