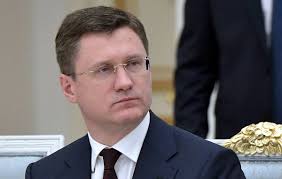 The Nord Stream 2 gas pipeline will be built despite Washington’s destructive steps aimed at hindering this effort, Russian Deputy Prime Minister Alexander Novak said in an interview broadcast by Rossiya-1 TV channel on Sunday.
“European countries and European companies are interested in it. We are sure that it will be built despite those destructive approaches, which we have seen on the part of the US that certainly, in its turn, has been delaying the implementation of this project,” Novak said.
“This project is fully in accordance with European legislation. Here there is rivalry fueled by American partners, who want to supply their liquefied natural gas to Europe, and basically, these are non-market methods of competition. And speaking about legislation and the legal issue, this project is absolutely in line with the law and meets all the requirements of European legislation. That’s why the countries taking part in it are absolutely interested in fulfilling this project,” Novak said.
The Nord Stream 2 pipeline will not stand idle after its construction is completed, as European partners are interested in pumping gas through it, Novak added.

“I don’t think there are such risks, because, again, our European partners are interested in it,” he said, answering a question whether there was any chance that Russia would not be able to use the gas pipeline due to the pressure on the project.
According to Novak, Nord Stream 2 is 95% complete to date and is absolutely in compliance with European legislation.
The Nord Stream 2 project contemplates construction of two gas pipeline strings with the total capacity of 55 bln cubic meters per year from the Russian coast to Germany across the Baltic Sea. The construction was suspended in December 2019 after Allseas, a Swiss company laying the pipes for the Nord Stream 2 pipeline, suspended pipe-laying work over possible US sanctions and recalled its ships. Nord Stream 2 AG resumed pipe-laying work in December 2020, with 2.6 kilometers of the pipeline being laid in Germany’s exclusive economic zone. By now, more than 2,300 out of 2,460 kilometers of pipes, or 94% of the pipeline’s overall length, have been laid, with 120 kilometers are yet to be laid in Danish waters and more than 28 kilometers – in German waters.