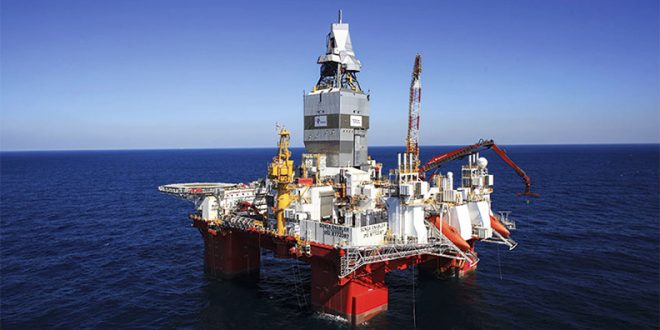 Equinor, Western Europe’s largest natural gas producer, said it is extracting oil and gas at full capacity in order to replenish the continent’s dwindling gas storage, while admitting that Europe’s dependency on Russia will be “difficult” and will require greater investment in both fossil fuels and renewables.
As part of a plan to wind up its operations in Russia, Norway’s main energy company Equinor has stopped trading Russian oil, its CEO Anders Opedal has said.
“When we said we started the process of leaving the projects in Russia, we also stopped trading in Russian oil from that very date”, Opedal said at the CERAWeek energy conference in Houston, Texas, as quoted by national broadcaster NRK.
On 28 February, Equinor announced that it had decided to halt new investments in Russia to start the process of extricating itself from its existing joint ventures in the country amid Moscow’s special operation in Ukraine.
In stopping its oil purchases from Russia, Equinor joined fellow majors including Shell, BP, and France’s TotalEnergies, which all play a key part in Europe’s energy supplies.
A growing energy crisis resulting in buyers shunning Russian oil will accelerate Europe’s shift towards renewable power, Opedal ventured. At the same time, this will require more investment in oil and gas production, he added.
Opedal warned that cutting Europe’s dependency on Russia will be “difficult” and will require greater investment in both fossil fuels and renewables such as solar, wind, and hydrogen.
For its part, Equinor, Western Europe’s largest natural gas producer, is extracting oil and gas at full capacity and will delay some planned maintenance at its North Sea fields in the coming months in order to replenish Europe’s dwindling gas storage, Opedal said.
Equinor, which has over 21,000 employees in more than 30 countries, has been present in Russia for more than 30 years and entered a major cooperation agreement with state company Rosneft in 2012. At the end of 2021, Equinor had book assets of $1.2 billion in Russia. The company warned that the withdrawal will likely lead to write-downs.
Meanwhile, following the West’s massive financial sanctions against Moscow over its special operation to demilitarise and de-Nazify Ukraine and protect the People’s Republics of Donbass, benchmark oil prices hit a 14-year high this week. At the same time, the European Commission published plans to alleviate EU dependency on Russian gas by two-thirds this year alone and terminate its reliance on Russian supplies entirely “well before 2030”.
Russia exports between 4 million and 5 million barrels of crude every day and is the world’s second-largest exporter of crude behind only Saudi Arabia. Equinor, for its part, produced nearly 2.2 million barrels of oil equivalent per day in the fourth quarter of 2021.

Previous Goldman Sees U.S. Recession Risk as much as 35% as Cuts Forecast
Next EIA: US Weekly LNG Exports down by One