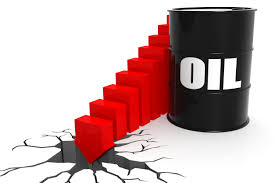 Oil prices fell on Nov. 26, recording their third straight weekly losses, amid anticipation of talks about ceiling Russia’s oil prices.
The European Union decided to postpone talks on setting a ceil for Russia’s oil prices, due to disagreements between member states, Bloomberg reported.
Some European countries, such as Poland, refused to set a ceiling for Russia’s oil prices near $65, as it guarantees robust revenues for the Russian government. Meanwhile, other countries, such as Greece, do not approve setting a ceil below this level.
Brent crude futures for January delivery fell nearly 2%, or $1.71, to $83.63 a barrel, with weekly losses of almost 4.5%. Meanwhile, US West Texas Intermediate (WTI) crude futures moved down 2.1%, or $1.66, to $76.28 a barrel, recording weekly losses of nearly 4.8%.