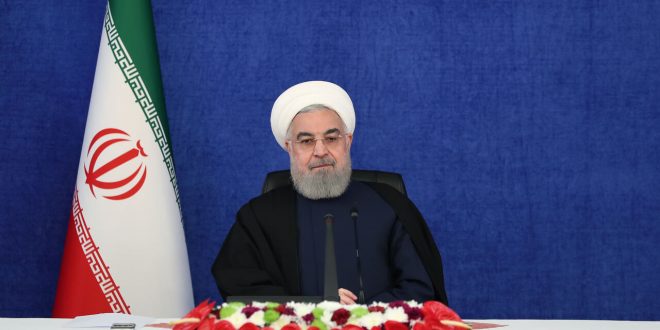 President Hassan Rouhani inaugurated the Persian Gulf Bid Boland Gas Refinery, the largest in the Middle East and other important oil projects in southern Iran on Thursday.
Through a video conference, the President inaugurated the projects with investment of 4,590 million dollars.
Persian Gulf Bid Boland Gas Refinery is inaugurated today after 36 months executive works and with strong support from the Government for its construction.
The refinery is aimed at increasing sweet gas production as an alternative fuel to reduce consumption of oil products, creating jobs and contribute to other petrochemical plants.
Operation of the Persian Gulf Bid Boland Gas Refinery with full capacity will bring 700 million dollars proceeds a year.
Over the past months, the government has inaugurated a series of projects across the country in line with following the guidelines of Supreme Leader of the Islamic Revolution Ayatollah Seyyed Ali Khamenei on “Surge in Production” for the current Iranian year (started March 20, 2020).

Previous Biden Revokes Permit for Controversial Keystone XL Pipeline
Next Merkel Stands by Nord Stream 2, but Is Open to Discussing Russia with Biden