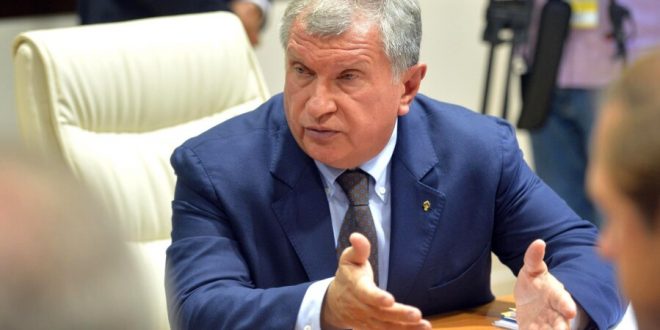 Russian state oil major Rosneft is developing a new strategy centred on the transition to renewable energy resources. The move was announced by CEO Igor Sechin at the Eurasian Economic Forum in Verona, Vedomosti reports.
“We are currently developing a new company strategy, with the central priority of adapting to the challenges of energy transition and integrating the ‘green agenda’ into our business,” said Sechin at a special event for reliable energy and the global energy transition.
Sechin also said that Rosneft had invested more than $580mn in green energy in 2020 alone, and that it had reduced the volume of pollutants it released into the atmosphere by 14% in the same period.
Rosneft’s announcement comes just days before the beginning of COP 26, the UN’s climate conference held in Glasgow, where Italy will be a co-President. As pressure builds on individual countries to unveil ambitious net-zero strategies, polluting industries like the energy sector are receiving renewed calls to commit to emissions reduction.
However, Rosneft’s CEO was also at pains to stress that oil and gas would continue to be crucial sources of energy in the short term. He warned that renewables could never fully replace fossil fuels, and pointed to Europe’s mounting gas crisis as an illustration of the dangers of a hasty transition. “The energy transition process must be balanced, driven by the economy, and socially responsible. The global community must come up with a unified approach to the global climate problem, stimulating the development and production of emission reducing technologies. It should not search for culprits and adopt unilateral protectionist measures, which would widen the already considerable gap between developing and developed countries,” Sechin said.
Emphasising the need for a diversified energy supply, Sechin added that “only a sensible balance between traditional and renewable energy is able to provide sustainable long-term growth for the global economy.”
Sechin argued that the economic demand alone should drive the change to new energy sources, in what some commentators have construed as a warning to the world leaders who will shortly be attending COP 26. “The energy transition should be based not on the demands of climate activists, but on real economic patterns. This will enable returns on investments and long-term growth while simultaneously satisfying the demand for energy resources and reducing emissions,” said Rosneft’s head.
Historically, Russia is the world’s third-biggest producer of CO2 according to analysis by climate science website Carbon Brief. Although it did recently set the goal of becoming carbon neutral by 2060, critics say that Russia is not doing enough to cut its emissions of greenhouse gases (GHGs). The Climate Action Tracker, an assessment of the efforts of various global players, has described Russia’s approach to climate change as ‘critically insufficient’. President Vladimir Putin has said that he will not attend the COP 26 conference in person.