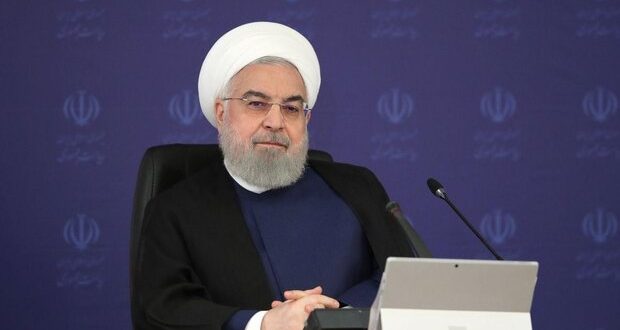 President Rouhani said Thur. that if the US lifts sanctions, Iran will have warmer relations with the International Atomic Energy Agency (IAEA) and the agency’s monitoring will be carried out according to the law.
“From the start, we were interested in cooperating with the International Atomic Energy Agency (IAEA), and the IAEA is well aware that the Islamic Republic has been cooperating well with them during this period, and the IAEA reports have shown that. The people whose minds do not think well and do not recognize appropriate moves, and unfortunately are from Europe and claim to be friends with us, are seeking a plan for today and tomorrow in the agency, which I advise them not to do so,” the Iranian President Hassan Rouhani said on the sidelines of an inauguration ceremony in an apparent reference to the US and its European allies that are seeking to politicize Iran nuclear issue in the international nuclear watchdog.
Rouhani added that “I advise the Europeans that the good and friendly relations we have with you should not be allowed to be undermined; My main point is that in the IAEA, there is no place for political work, and the three European countries must understand that there is no place for political game in the agency, and they must put aside the political game and know that they are pursuing technical work in the IAEA.”
He continued to address the Europeans saying that “European countries should allow the technical work between the Islamic Republic of Iran and the International Atomic Energy Agency to continue because Tehran has signed a very good agreement with the IAEA and after the law passed by [Iran] parliament [came into force], good cooperation has been established between Iran and the IAEA, and the Europeans had better allow this agreement to continue and continue its own path.”
He said, “As always, I repeat that the nuclear activities of the Islamic Republic of Iran are 100% peaceful and we want the IAEA to carry out its monitoring activities conveniently, and if the IAEA sees that it is still far from its desired actions, the problem is caused by the United States.”
The Iranian president concluded that “If the United States lifts sanctions, our relationship with the IAEA will become even warmer and in that case, the IAEA inspections will be pursued and any monitoring will be carried out in accordance with the law.”
After the US exit from the world powers’ nuclear deal with Iran in May 2018 and imposing the unprecedented sanctions on the Iranian nation which was followed by the indifference of the European parties to the need for compensating Iran’s losses as a result of the US violation of the international accord, Iran started reducing its JCPOA commitments in five steps and finally suspended voluntary implementation of the Additional Protocol on Monday midnight February 2.
Before ceasing the Additional protocol, Iran had begun enriching uranium to 20% purity in accordance with a piece of legislation approved by the parliament dubbed the Strategic Action Plan to Counter Sanctions in early last December, setting a Feb. 21 deadline for Biden administration to lift the US sanctions.