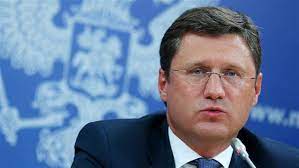 Current oil prices at around $80 per barrel adequately reflect the situation on the market, Russian Deputy Prime Minister Alexander Novak told Rossiya-24 in an interview after the OPEC+ meeting, Oilprice anaylsed.

There are a number of both bullish and bearish factors that will determine where prices will go in the short term, according to Novak, who represents Russia at the OPEC+ talks and meetings.

The spread of the Delta variant and restrictions in some countries are negative factors depressing the price of oil, while the economic rebound in many economies is a bullish factor for crude prices, Novak told the television channel.
The Russian official said:
• In my opinion, today’s price at around $80 per barrel objectively reflects the current situation
• Let’s see what will happen in December-January, proceeding from the facts that I mentioned
He was speaking to Russian media after the OPEC+ group decided on Thursday to stick to the current pace of easing the collective cuts by just 400,000 barrels per day (bpd) in December, despite calls from the U.S. and other major oil-consuming nations to raise supply by more than that.

The alliance will boost total production by 400,000 bpd in December, OPEC said after the meeting, without addressing the issue of several African OPEC members such as Nigeria and Angola, which have been struggling to raise their production to their respective quotas, thus underperforming in increasing supply to the market.
The rationale for keeping a cautious approach to easing the cuts seems to be assessments from OPEC+ experts that Q4 would see a smaller market deficit than expected earlier and that the balance would tip into surplus next year.

Saudi Arabia and Russia, the OPEC and non-OPEC groups leaders within OPEC+, respectively, will each have a production ceiling of just over 10 million bpd – at 10.018 million bpd each in December.