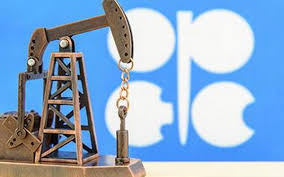 Saudi Arabia: OPEC+ must be Cautious with Its Oil Production Policy

Given the many uncertainties in the global economy, the OPEC+ group will remain cautious in its oil production policy when it meets next month, Prince Abdulaziz bin Salman, the energy minister of OPEC’s de facto leader Saudi Arabia, told Bloomberg TV on Friday.
“Our theme is being cautious,” Prince Abdulaziz bin Salman told Bloomberg on the sidelines of the COP27 summit in Egypt.
“It’s about being responsible and not losing sight of what the market requires,” the energy minister of the world’s top crude oil exporter said.
Last month, OPEC+ decided to cut their headline oil production target by 2 million barrels per day (bpd) as of November. Although the actual cut is expected to be around half that number, at 1.1 million bpd, it still is the biggest cut since the record production reduction announced in April 2020 when oil demand plunged at the start of the pandemic.
Saudi Arabia and almost all other OPEC+ producers were quick to reject the U.S. Administration’s criticism that the group had taken a “short-sighted” and “misguided” decision to lower supply, saying it was a pre-emptive move to respond to the market and economic realities that had no political intentions whatsoever.
The next OPEC+ meeting is on December 4, and judging from the comments of the Saudi energy minister today, the group will not hasten to change course and decide to boost production.
Prince Abdulaziz bin Salman also cited the latest outlook of the International Monetary Fund (IMF) on the global economy and the central banks’ aggressive interest rate hikes as headwinds for the economy.
The IMF said in its October outlook that global growth is forecast to slow from 6.0% last year to 3.2% in 2022 and 2.7% in 2023. This is the weakest growth profile since 2001 except for the global financial crisis and the acute phase of the pandemic.
“Overall, this year’s shocks will re-open economic wounds that were only partially healed post-pandemic. In short, the worst is yet to come and, for many people, 2023 will feel like a recession,” said Pierre-Olivier Gourinchas, the Economic Counsellor and the Director of Research of the IMF.
Commenting on today’s announcement of the first easing of the Chinese Covid measures since the start of the pandemic, the Saudi energy minister told Bloomberg, “The jury is still out” about how soon China could gradually lift its still strict rules.