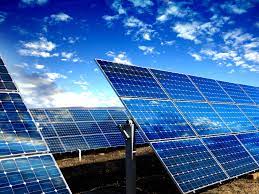 For US President Joe Biden, it’s a Hobson’s choice on Chinese solar panel imports. His new move to pause tariffs on imported Chinese-made silicone solar panels for two years has been either hailed or criticized.
The announcement came in the middle of an ongoing investigation by the US Commerce Department. Possible trade agreement violations are being discussed, which surprised many in this sector.
Getting the U.S. Solar Panel Market on Track
The US has been one of the slowest nations with solar energy. The latter is the fastest-growing energy source in the US. Betting on it means a faster reduction in demand for fossil fuels.
A US Dept. of Energy report recently pointed out that solar power has the potential to power 40% of the US’ electricity needs by 2035.
However, President Biden has a tough call to make. He could take more years to offer incentives to local manufacturers. This hesitation would mean a further delay in US solar projects. The other option would be to quickly go in for foreign manufacturers (read: largely Chinese). The maneuver would set up the required infrastructure in order to save time and get going.
Effect of Solar Panel Imports on American Manufacturers
Former President Donald Trump imposed a tariff on the import of solar panels to stop the influx of cheap goods. This consequently throttled the growth of the solar power sector. None of the follow-up actions, like getting congress to appropriately fund American manufacturers have come through.
For example, President Biden has authorized the Defense Production Act (DPA) to accelerate domestic solar production. However, Congress has not explicitly appropriated additional funding. As a result, the administration cannot use the DPA for solar projects.
The US requires a robust manufacturing capability to meet its clean energy goals. Right now, that’s not happening Biden supporters say. Manufacturing solar energy panels & other components require the administration to offer financial incentives to US manufacturers. This helps offset higher domestic production costs, estimated to be about 40% over imports.
U.S. Silicone Solar Panel Infrastructure Needs Stimulation
The US Congress continues to move in this direction, but it will take time to be implemented. For example, the house-passed Build Back Better Bill would extend the investment tax credit. The production tax credit would also encourage the production of solar panels. As a result, costs would go down on overall production. An increase in manufacturing efficiency would also follow.
But time is something the US cannot any longer afford on green energy resources. Time constraints spurred Biden’s move to temporarily allow imports.
However, US companies and pro-US advocates are not amused and are crying foul.
This report tells a tale of caution to US solar firms. If the Commerce Dept. investigation rules that the Chinese dumped cheap goods, the US could impose retroactive tariffs up to 240%. This would drive up panel prices further. The ruling would also imperil half of planned solar projects on track for completion in the US this year.
Fluctuating Federal Policies Causing Industry Stress
A consultant with Solar Work’s Matt Smith speculated one way of avoiding Asian-related solar supply issues. One suggestion was to buy American source solar products from Canada. Another was to obtain products from a Norwegian firm distributed through Singapore.
US manufacturers are trying to grapple with the ever-changing federal policy. This issue is further compounded by the COVID-19 pandemic. Difficulties convincing investors to finance domestic solar projects have arisen.
The new two-year rule has put China in a happy place. The country was expected to add between 75 to 90 gigawatts (GW) of solar power in 2022. These numbers are higher than a record increase in capacity last year.
Wang Bohua, honorary Chairman of the China Photovoltaic Industry Association (CPIA) recently told delegates at a conference that China could add 83 – 99 GW of new capacity each year from 2022 to 2025.
With President Biden’s new diktat, this figure could climb further by the time 2022 comes to an end.