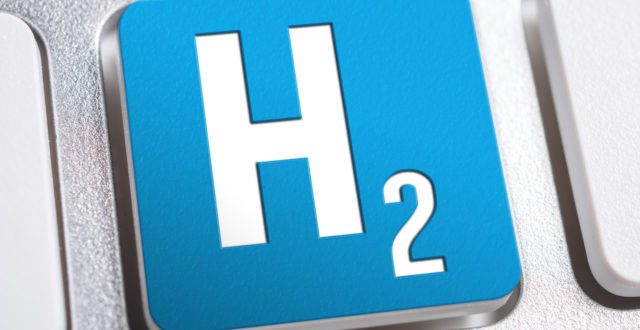 The Real Reason Big Oil is Betting on the Hydrogen Boom

Japan has been making headlines with its plans to significantly increase its reliance on hydrogen to satisfy its energy needs. Right now, it is demonstrating its transformation into a hydrogen economy by showcasing hydrogen buses and cars used in the Olympics. But there is a problem with that for those nit-picky enough to notice. This hydrogen is not green. In a recent article for Forbes, tech journalist James Morris noted that the hydrogen used in Japan right now is made from natural gas rather than through the electrolysis of water. Green hydrogen—the one produced through hydrolysis using electricity from renewable sources—is an ideal case scenario, he said, but it’s still far in the future. So Big Oil is pushing the other kind of hydrogen.
The argument Morris puts forward is that Big Oil is feeling threatened by electric cars, so it is doing whatever it can to keep the world running on its hydrocarbons even if they are used to produce a fuel that could be an alternative to gasoline and diesel. In fact, according to the tech journalist, who is also the editor of a website dedicated to electric cars, hydrogen as a fuel is no viable alternative to either combustion engine cars or EVs. They are still a lot more expensive than either, and fueling stations are few and far between.
That Big Oil is pushing grey hydrogen to keep itself alive is a refreshing argument in a discourse dominated by oppositions like EVs vs Gas Guzzlers and Hydrogen vs Gasoline. Yet this argument misses the point of the bigger hydrogen argument, and that point is that the only hydrogen that will have a place in the net-zero world would be green hydrogen.
That kind of hydrogen is currently a lot more expensive than grey hydrogen, and some argue that it will never become as cheap as the gas-derived version of the gas. Yet dozens of companies are putting together mega-plans for green hydrogen production, confident it will be economically viable within years.
The list of these plans, recently compiled by Recharge News, makes for interesting reading for sure. Take the HyDeal Ambition project, for example. The project envisages building 95 GW of solar power capacity to provide electricity for 67 GW worth of electrolyzers located in Spain, France, and Germany. Plans are to have the green hydrogen produced for 1.50 euro per kg, or about $1.19 before 2030. To compare, a kilo of green hydrogen currently costs about $5 to produce.
Interestingly, the companies involved in the project do not give a cost estimate for it, but those behind another green hydrogen project do: the Australian Western Green Energy Hub that will use 50 GW of wind and solar capacity to power 28 GW of electrolyzers will cost $70 billion to build. That’s about the same as the cost—including delays and overruns—of a large-scale LNG project. Yet the goal is noble: reduce the use of hydrocarbons and switch to clean hydrogen.
When it comes to cars, EVs are certainly further along in their evolution than fuel-cell cars. And yet, even EVs still need heavy government subsidies to compete on cost with ICE cars. This will need to change if EVs are to become the dominant mode of transportation for humans because heavy subsidies are not a practical long-term strategy. Competition from fuel-cell cars, however, minuscule though their number may be, could be good for the EV industry, where internal competition is heating up too.
Outside EVs, the argument of Big Oil sponsoring hydrogen as a way to stay in the energy game might make sense for those who cheered President Biden killing the Keystone XL pipeline, forgetting that this would have no effect whatsoever on the amount of Canadian oil the U.S. consumes. In fact, exports of Canadian oil to the U.S. rose. The oil was simply transported by train rather than a pipeline.
Those who look beyond the ideology would see that Big Oil might indeed be in favor of hydrogen as long as it’s grey hydrogen since that involves the use of natural gas, but they would also see that it is just one of many uses for natural gas—and crude oil, for that matter. And these uses would be a lot harder to eliminate than by promoting affordable EVs for everyone.