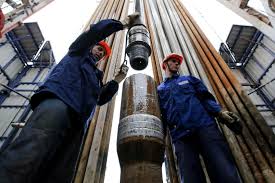 U.S. shale producers have behaved in an exemplary way in the past year. It wasn’t something the industry wanted to do. It was something it was forced to do by the pandemic and by its shareholders, who after years of waiting for windfalls put their foot down and demanded higher returns. But it just might be time for a change.
U.S. shale must by now be used to the price shocks. Even so, the pandemic-driven destruction of demand for crude must have hurt. On top of that pain, the large public shale producers had many unhappy shareholders to deal with. They dealt with them by cutting spending, slashing production, and focusing on cash flow generation.
They largely did it with some help from OPEC+, which cut an unprecedented 7.7 million bpd from its combined production, and some non-OPEC producers that stepped in to shoulder part of the burden. Since then, demand has recovered, and so have prices. All eyes have been on U.S. shale for months now, expecting drillers to start ramping up drilling in a major way. So far, the industry has defied expectations. But it seems this won’t continue for much longer.
U.S. crude oil production is set to rise by 800,000 bpd next year, the Financial Times reported this week. This is hardly surprising given that U.S. oil prices are around $70 per barrel now, making most shale wells profitable again, the report notes. But there is one interesting thing that is different this time. According to an IHS Markit analyst, it would be private independent drillers that will lead the charge this time.
As interesting as this forecast is, it is hardly surprising. Even before the pandemic struck, disgruntled shareholders were the talk of the town in shale oil. Years of burning cash to boost production just so the United States could become the largest oil producer in the world never made sense with shareholders who bought into Pioneer Natural Resources, Devon Energy, and Continental Resources. They bought into these companies and their public peers for the dividends.
So when these dividends did not come in the size shareholders expected, disgruntlement grew. It also coincided with the growing popularity of the energy transition narrative sparking worry that shale oil bets were becoming increasingly unsafe in a changing energy world. So the public shale drillers had one option left: begin to deliver.
They have been doing this for a while now. As Reuters recently reported, the large shale players have been boosting dividends and adding to them things like variable distributions and share buybacks to keep shareholders on board while also taking active steps to reduce their debt load – a major cause for worry among shale investors.
So, public shale drillers have been pampering shareholders after years of disappointments and even now continue to be at risk of a backlash if they start drilling more. This, however, they will need to do soon as the inventory of drilled but uncompleted wells shrinks amid the return of demand. Shale drillers, therefore, would need to raise spending to keep their output at current levels.
Meanwhile, small private drillers have hung on by the skin of their teeth until the worst of the pandemic crisis blew over. Now that this is behind them, their hands are untied to ramp up production as much as they like. Private drillers have no shareholders to report to. Their only concern is the market. If there is enough demand to push prices to a profitable level, then these companies will drill and pump more oil. And the outlook for demand is quite rosy.
No wonder then that, according to IHS Markit’s Raoul LeBlanc, those private shale oil independents are set to account for more than half of the expected increase in U.S. crude oil production next year. That’s up from 20 percent in any other year, the FT quoted LeBlanc as noting.
“The privates are not on board with this whole capital discipline thing. For them, this is their window,” the IHS Markit analyst told the FT. “They’re thinking, ‘here’s my chance and I’m going to take advantage of it’ because they see it as maybe their last, best chance.”
In January, when prices were on the rebound and WTI was trading at around $50, one Wood Mac analyst called it a siren song – the price recovery that was expected to switch U.S. shale producers to a growth mode again and pressure prices. This did not happen because of the majors’ newfound capital discipline. Yet small producers are a lot more flexible since they don’t have shareholders to keep happy. And they could become a downside risk for prices before too long.
A lot of shale oil became profitable at prices around $50. At $20 over that, most shale oil is profitable. No one could possibly blame private independents for grabbing the chance to monetize their oil assets, not with the long-term forecasts – although these are rather wishes than forecasts – about the end of the oil era.