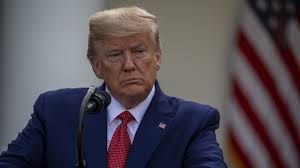 The US stepped up pressure on Saudi Arabia to seal a historic deal to cut oil production as negotiations that President Donald Trump himself has brokered dragged on for a third day.
Talks aimed at ending a price war that’s savaging the US oil industry and threatening petrostates’ budgets continued Saturday as Mexico and Saudi Arabia refused to budge. In an attempt to move negotiations along, a group of Republican senators from oil-drilling states such as Texas spoke to the Saudi oil minister by conference call.
“The Saudis spent over a month waging war on American oil producers, all while our troops protected theirs. That’s not how friends treat friends,” said Senator Kevin Cramer of North Dakota. “Saudi Arabia’s next steps will determine whether our strategic partnership is salvageable.”
Some Republican senators have raised the prospect of cutting off aid to Saudi Arabia if the kingdom doesn’t pare its output, and end the price war it started last month even as the coronavirus pandemic had already crushed demand for oil.
Unprecedented
An unprecedented reduction of about 10% in worldwide crude output had looked all but certain, and Russia said it considered the deal done. But Mexico balked at the terms, and talks with Saudi Arabia have since failed. Trump announced a potential compromise on Friday, but his diplomatic solution still hasn’t been accepted by all sides.
With Trump now personally involved, the stakes appear too high for the deal to fail. But even the US president acknowledged on Friday that he wasn’t sure if an agreement could be reached. “We are trying to get Mexico, as the expression goes, over the barrel,” Trump told reporters at the White House.
OPEC+ has made a commitment to cut a record 10 million barrels a day conditional on Mexico’s agreement. Most OPEC+ countries back the Trump compromise, according to delegates, but Saudi Arabia and Mexico continue to negotiate bilaterally.
The survival of thousands of oil producers, millions of jobs and the economies of oil-dependent nations are hanging in the balance as the global pandemic wipes out demand in a world awash with crude. Several US shale producers are on the brink of bankruptcy, Russia risks having no place to store its crude, and for all their low-cost production, the Saudis need higher prices to fund their budget.
Plunge
Oil prices continued to plunge despite talks of a global accord. West Texas Intermediate crude slid more than 9% on Thursday, settling below $23 a barrel, on speculation that a deal to cut production would fail to keep the glut of crude in global markets from swelling as the pandemic paralyzes travel.
The OPEC+ alliance initially met on Thursday via video conference, followed on Friday by a virtual gathering of energy ministers of the Group of 20 — while markets were closed. The talks on Saturday are largely bilateral between Saudi Arabia and Mexico.
Saudi Arabia insists that Mexico cut its production as much as everyone else, while Mexico has refused. Trump offered a compromise whereby cuts made in the US would count toward Mexico’s quota – but Riyadh objects.
Trump’s role
After its meeting on Friday, the G-20 said it would take “all the necessary measures” to maintain a balance between oil producers and consumers, but it made no commitment toward specific steps on production cuts. The communique was watered down from earlier drafts after diplomatic wrangling, notably removing language that said the group would do “whatever it takes” to ensure that the energy sector is contributing to the global recovery from the pandemic.
The OPEC+ coalition, comprised of members of the Organization of Petroleum Exporting Countries and allied producers including Russia, had been voluntarily curbing output since 2017. The alliance began to crumble last month when Saudi Arabia and Russia couldn’t agree on deeper production curbs in response to the virus crisis, triggering an oil-price war between Riyadh and Moscow.
In recent days, after Trump held calls with Russia’s Vladimir Putin and Saudi King Salman Bin Abdulaziz, the two rivals were ready for a deal. Then Mexico thwarted it.
Mexico’s Energy Minister Rocio Nahle insisted her country could only cut output by 100,000 barrels a day, 300,000 less than its fair share of 23% reductions by everyone in the OPEC+ group.
On Friday morning, Mexican President Andres Manuel Lopez Obrador, a leftwing populist who has pledged to revive Mexico’s oil-production prowess, said he had resolved the matter in a phone call with Trump. The US would make an additional 250,000 barrels a day of cuts on Mexico’s behalf.
Trump suggested output cuts American producers have started making to weather the price crash could be counted toward Mexico’s share of the pact. Last week, US production fell by 600,000 barrels a day from a near-record 13 million as shale explorers idle rigs in the Permian Basin of West Texas and elsewhere in the country. That’s almost the equivalent of wiping out Venezuela’s current output.
Energy Secretary Dan Brouillette predicted, at the G-20 meeting, a decline of nearly 2 million barrels a day in US output by the end of this year. Rather than orchestrating actual production cuts, as OPEC+ does, the US is dressing up as cuts what is in reality a market-driven pullback due to the impact of low prices.