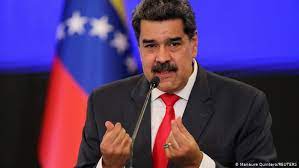 Nicolas Maduro speculated that Venezuela could pay for coronavirus vaccines with oil.
“Venezuela has oil tankers, it has clients who buy its oil. Our country will allocate a portion of our produce to ensure the shipment of the required vaccines. Oil for vaccines,” the head of state said on TV Sunday.
According to official statistics, over 156,000 Covid-19 cases were registered in Venezuela, while 1,555 people died.
On Wednesday, Vice President Delcy Rodriguez said that Venezuela’s has about $7 billion on foreign bank accounts, which the country plans to use to buy Covid vaccines. According to the official, banks of countries that recognize Juan Guaido as the leader of Venezuela refuse fund withdrawal, citing “government instructions.”
The situation in Venezuela escalated in January, 2019, when former Parliament speaker Juan Guaido declared himself the interim president. He was supported by the US and the Lime Group states (besides Mexico), the Organization of American States and the majority of the EU. Maduro called this development a coup attempt and declared severance of diplomatic ties with the US. Maduro is recognized as the only legitimate leader of Venezuela by Russia, Belarus, Iran, China, Cuba, Nicaragua, Syria and Turkey. Since Maduro retained his office, several countries withdrew their recognition of Guaido in the past two years.