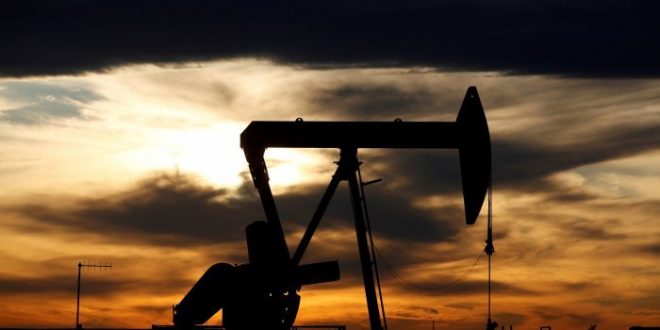 2022 could be a Great Year for OPEC+ Producers

OPEC+ did some surprising things in the past 2 years.
1st, it broke up at the start of the pandemic with its 2 leaders – Saudi Arabia and Russia – turning on each other because of differences of opinion on how the crisis needed to be handled.

Then the 2 made up, and the group united around the deepest production cuts in the history of OPEC in response to the demand destruction caused by the pandemic, also unprecedented.
All in all, 2020 was a year of unprecedented events, but this year was not that much different.

It was a challenging one for OPEC+ as prices began to recover, presenting a temptation that has always been difficult to resist, especially for the most oil-dependent economies in the Gulf and Africa.
And yet resist they did, sticking to a production increase plan seen adding 400,000 bpd in combined oil production every month.
This plan is still in action, at least until January, when OPEC+ may reconsider as some analysts warn of looming oil oversupply.
OPEC’s analysts are not among these – the cartel expects a mild and temporary effect on demand from the omicron variant of the coronavirus.
But the cartel has proved in the past 2 years that it could be cautious.

Bloomberg’s Julian Lee earlier this week reminded us that ever since its inception, the extended OPEC+ cartel has had its work cut out for it.
From the very beginning, when members decided to reduce production in response to the U.S. shale boom, to this year, when they had to be flexible with production amid wave after wave of Covid-19 infections, it’s been a challenging five years for OPEC+.

The challenging nature of the cooperation was only to be expected given the often different priorities of member states.
And yet it somehow worked, even with bumps along the road such as Iraq’s inability to stick to its production quotas, for which it had to be «punished» by getting additional cut quotas.
And this may well have made the group more resilient to any future shocks.

According to analysts, the 1st challenge would be excess supply.
It would not be much of a challenge, however, as it is seen as temporary, only until the omicron wave passes, and assuming it would be as bad as previous waves, which is a bit unlikely for a very pragmatic reason: most governments cannot afford another long lockdown.

A much bigger challenge, as noted by oil industry observers and OPEC members, is dwindling spare production supply.
According to the U.S. EIA, OPEC’s spare capacity could fall to 5.11 million bpd in the final quarter of next year.
This is down from 9 million bpd in the 1st quarter of 2021.

Whatever the definition, the world’s spare oil production capacity is falling because it is not a static pool of oil.
Oil reservoirs that are not exploited tend to diminish in resources – one big reason why so many oil producers were reluctant to start plugging wells when the pandemic killed demand.
Once you plug a well, it may or may not return to full or any production.

Speaking of plugging wells, these may well be part of the reason Russia is now near its capacity of producing oil, and it’s a much lower level than before the pandemic.
Before, Russia was pumping north of 11 million bpd.

Now, according to a Reuters report citing Russian oil companies, total output is nearing capacity at 10.9 million bpd, even though Deputy PM Alexander Novak has argued Russia’s oil production will rebound to 11.33 million bpd by May.

Most of the spare capacity, therefore, will be in OPEC, and more precisely, in the Middle East.
But even that spare capacity needs maintenance, and maintenance means investment.
And investments in oil production are getting harder to come by these days.

Saudi Arabia’s Energy Minister Prince Abdulaziz bin Salman said earlier this month:
• We’re heading toward a phase that could be dangerous if there’s not enough spending on energy
The sentiment was echoed by Finance Minister Mohammed Al-Jadaan:
• We have very serious concerns that the world could run short of energy if we are not careful in managing the transition
It’s not just the Saudis that are warning about underinvestment, either.
IHS Markit’s Daniel Yergin said the world is painting itself into a corner featuring a series of energy crunches because of insufficient investment in oil & gas.
And it’s public knowledge that U.S. oil companies are prioritizing returning cash to investors rather than production growth while Big Oil is pouring billions in low-carbon energy to clean up its reputation.
What all this means is that the world may be in for a few more tough years in terms of energy security, especially parts of it.
OPEC+, on the other hand, may be in for some more windfall profits as the supply of oil remains tight for purely fundamental reasons.

Of course, there is always the possibility of another demand destruction event in case the pandemic continues to surprise us, but OPEC+ has already been there and has done that.
It will survive and maybe even become stronger.