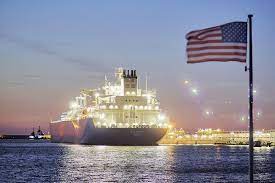 The Biden administration has proposed a set of new rules aimed at curbing gas flaring on public lands, with the Bureau of Land Management saying these measures would result in $39.8 million in additional royalties for the United States.
Per the proposal, every company applying for an oil and gas drilling permit must submit with it a plan for the minimization of gas flaring. If the BLM deems the plan adequate, it will grant the permit. If not, it can withhold approval.
“The Biden-Harris administration has taken unprecedented action to tackle methane emissions and support a clean energy economy – this proposed rule will bring our regulations in line with technological advances that industry has made in the decades since the BLM’s rules were first put in place, while providing a fair return to taxpayers,” said Interior Secretary Deb Haaland.
The BLM noted in its news release that flaring, which causes high methane emissions, has been on the increase over the past few decades, with the period between 2010 and 2020 seeing flaring at levels of an average of 44.2 billion cu ft annually—an amount sufficient to ensure the gas needs of 675,000 homes, according to the BLM .
“The issue is not as cut and dried as this regulation would make it seem as there are many reasons to vent and flare gas, such as safety concerns and connectivity issues,” an official from the Independent Petroleum Association of America told Reuters.
“Of course, it will always be in the best interest of a producer to capture and sell a commodity on the marketplace when at all possible.”
Indeed, the BLM also pointed out in its news release that the rule would benefit oil and gas drillers by effectively increasing their associated gas output as less of it gets flared and wasted.