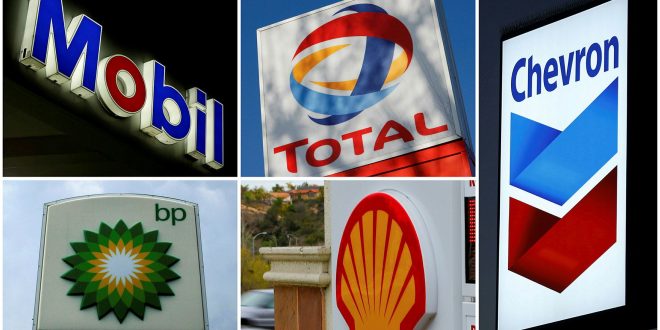 The world’s largest international oil firms are expected to book a combined $34 billion in net profits for the first quarter—the largest in more than a decade—but Big Oil will also book asset impairments of the same amount over their decisions to stop Russian operations.
Exxon, Chevron, Shell, BP, and TotalEnergies are expected to book the highest combined net income for a quarter since 2011 when they report earnings at the beginning of May, per analyst estimates compiled by Bloomberg.
However, impairments from quitting Russian businesses would also amount to $34 billion.
In early March, days after Russia invaded Ukraine, Exxon said it would exit the Sakhalin-1 oil project in Russia, following the example of other majors, including BP and Shell, who quit their Russian operations following the Russian invasion of Ukraine.
In a filing to the SEC regarding market and planned factors that would affect its first-quarter earnings, Exxon said in early April that the exit from the Sakhalin-1 project alone could lead to an impairment charge of $4 billion.
“As operator of Sakhalin, the Company remains focused on the safety of people, protection of the environment and integrity of operations. Depending on the terms of its exit from Sakhalin, the Company may be required to impair its investment in the project up to the full book value of Property, Plant and Equipment of $4 billion.”
Shell has also flagged that its withdrawal from activities in Russia would result in impairment of non-current assets and additional charges of $4 billion-$5 billion for the first quarter of 2022.
BP, for its part, said that the exit from its 19.75-percent shareholding in Russian oil giant Rosneft would result in total non-cash adjusting item charges of around $25 billion.
Still, the huge impairments from Russian activities will not impact the adjusted earnings of Big Oil, expected to be strong with oil at over $100 per barrel. In addition, Big Oil’s combined free cash flow is expected at $36 billion for the first quarter—a 14-year high, according to analyst forecasts compiled by Bloomberg.