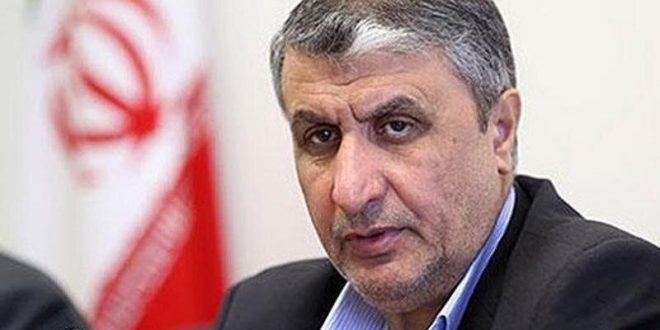 Iran’s nuclear chief Mohammad Eslami said on Monday that bogus allegations against Iran’s peaceful nuclear activities must come to an end.
Addressing the annual conference of the International Atomic Energy Agency (IAEA) on Monday, Eslami insisted on the need for an impartial verification of Iran’s nuclear program by the Vienna-based UN body.
“We expect for the sake of its reputation the Agency does not allow certain elements raise again old allegations under different pretexts” which were answered in 2015, Elsami insisted.
He added, “There is no undeclared nuclear activity or material in Iran and all allegations are based on forged and incorrect information by the usurper regime of Israel. The Islamic Republic of Iran truly expects the Agency conduct its reporting, monitoring and verification in a more professional, impartial and independent manner.”
Eslami went on to say that based on a strategic comprehensive document, approved at the national level, the Atomic Energy Organization of Iran (AEOI) is tasked to produce 20 percent of the country’s electricity consumption from nuclear energy.