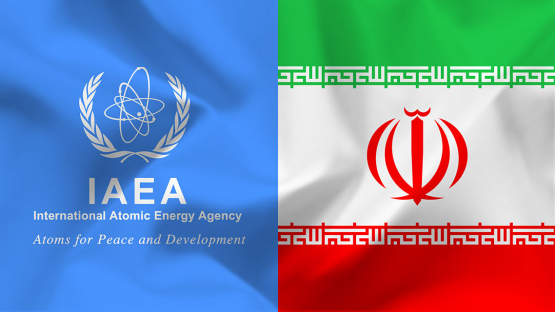 Director General of the International Atomic Energy Agency (IAEA) Rafael Grossi says the agency has started talks with Iran to iron out differences over the outstanding safeguards issues.
Grossi released on his Twitter page a picture of his meeting on Monday evening with the head of the Atomic Energy Organization of Iran (AEOI) Mohammad Eslami who is in the Austrian capital Vienna to attend the 66th Regular Session of the IAEA General Conference, saying their talks hovered around clarification on the remaining safeguards issues.
Earlier in the day, Grossi addressed the general conference, stressing the need to find solutions to differences between Iran and IAEA collaboratively to pave the path for the restoration of the 2015 nuclear agreement, the Joint Comprehensive Plan of Action (JCPOA), after marathon talks.
“As I stated during my remarks to the 65th Session of the General Conference, the agency’s verification and monitoring of Iran’s nuclear-related commitments under the JCPOA have been seriously affected by Iran’s decision to stop the implementation of those commitments, including the Additional Protocol,” he claimed.
However, Eslami told the conference in his speech that Iran has always supported full implementation of the Non-Proliferation Treaty (NPT) and Safeguards agreements.
Eslami stressed, “I would like to clarify that there is no undeclared nuclear material or activity in Iran,” noting that the accusations stem from false information by Israel.
The AEOI head also said Iran expects the IAEA to fulfill its duties in a ‘more professional, impartial, and independent manner.’