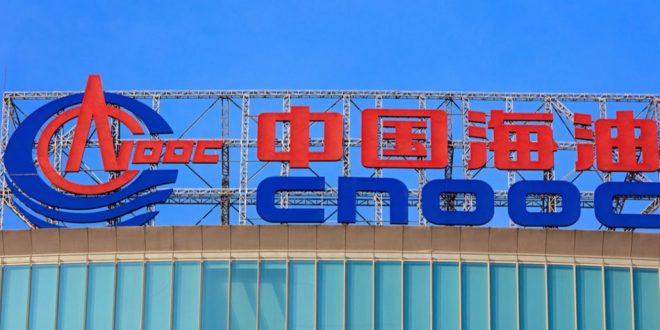 CNOOC has brushed aside recent media reports that the firm is considering withdrawing from oilfield investments in the UK North Sea, the US and Canada.
The Nikkei Asia financial publication said the Chinese national oil firm is not, contrary to reports, seeking to diminish its vulnerability to Western-led sanctions targeting Russia.
Significantly, CNOOC also denied reports of talks to buy Western asset stakes tied to Russia.
Xie Weizhi, CNOOC’s chief financial officer, told reporters at a quarterly earnings call that the company has “no plan to exit from any particular region.” All of CNOOC’s overseas projects are operating smoothly, he said, and the company has felt no impact from the Russia-Ukraine war or any related sanctions, reported the Nikkei.
The Reuters news agency reported last month that the Bank of America had been drafted in to start preparing a formal sale of the company’s assets in the UK, which includes Buzzard, one of the North Sea’s largest producing fields. It’s claimed the sale could fetch $3bn.
It also said that heightening tensions between the West and Beijing has sparked the oil company’s decision to withdraw from the UK, Canada and the US.
Xie stressed that CNOOC is “just like any other” oil company with upstream assets, seeking exploration and development projects worldwide to secure stable production. It engages in a “constant pursuit for opportunities to adjust and optimize the asset composition,” he said.
Chinese oil companies are reportedly in talks with Western peers seeking to exit Russia, and Xie acknowledged that news reports of potential Chinese buyers are “particularly numerous.”
Xie said CNOOC “neither has a plan nor has taken specific actions” regarding these assets in Russia being exited by Western energy groups, such as Shell, BP, and ExxonMobil. It remains unclear how the exits are taking place, he said, as details are not disclosed. Xie noted that withdrawing from major energy assets usually requires consent from the host government, said the Nikkei.
But Xie did not rule out the possibility of stepping in, as he acknowledged that the company is “closely monitoring” these developments.
Last week, British newspaper The Telegraph reported that Shell was in talks with Chinese state oil companies including CNOOC to sell its stake in the giant Sakhalin-2 liquefied natural gas (LNG) project in Russia’s Far East.
“Currently the Russia-Ukraine conflict is at a complex stage. We’re monitoring the situation and do not have any concrete plan or action yet,” Xie told reporters after CNOOC reported a doubling in its first-quarter net income.
CNOOC holds a 10% stake in Arctic 2 LNG project in the Russian Arctic controlled by gas producer Novatek.
China’s biggest offshore driller gave shareholders a special dividend as first quarter profits surged on rising production and soaring oil and gas prices.
CNOOC’s net income more than doubled to 34.3 billion yuan ($5.2 billion) in the first quarter, after its earnings soared to a record last year, the company said in an exchange filing Thursday.
CNOOC has the highest upstream exposure of China’s three national oil companies, shielding it from the drag of higher feedstock prices on downstream operations. It spent 17 billion yuan in capital expenditures in the first quarter and boosted oil and gas output 9.6%. For the year, it’s targeting a 5.6% production increase and 90-100 billion yuan in spending.
While the company has said its focus is to ramp up domestic activity in the South China Sea and Bohai Bay, it’s also benefiting from a 25% stake in a Guyana project that’s running ahead of schedule and where partner Exxon Mobil just raised the estimated resources.