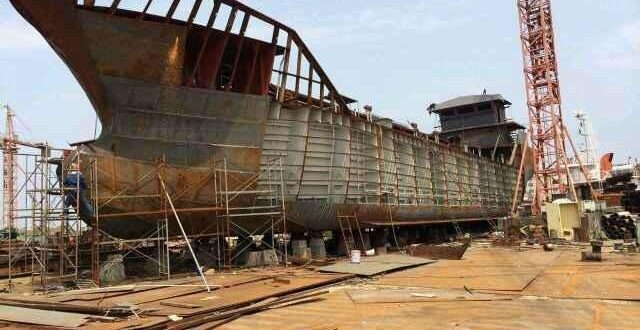 National Iranian Tanker Company (NITC) has awarded the project for building a 113,000-ton oil tanker to a high-level domestic company, the company’s managing director announced.
According to Hossein Shiva, NITC has awarded the construction of the mentioned vessel to Iran Shipbuilding and Offshore Industries Complex (ISOICO) and the official deal on this due will be signed soon, NITC Public Relations and International Affairs Department reported.
Shiva said his company has awarded the mentioned project to a domestic firm in line with the emphasis of the Leader of the Islamic Revolution Seyed Ali Khamenei and the realization of the current year’s motto which is “Production: Support and the Elimination of Obstacles”.
“At the request of the National Iranian Tanker Company, the vessel will be the first domestically built dual-fuel oil tanker to run on liquefied natural gas (LNG) and low-sulfur Mazut,” he explained.
The Aframax tanker, which is environment-friendly and will be designed and built according to the latest standards of the International Maritime Organization (IMO), will also be in full compliance with phase three of the Energy Efficiency Design Index (EEDI), according to the NITC head.
Shiva stated that the construction of this tanker inside the country is going to create job opportunities for several thousand people and will lead to the development of the country’s shipbuilding and other related industries.
He also mentioned his company’s determination for conducting the overhaul operations of the company’s fleet inside the country and specified: “So far, the repairs of 24 tankers and submarines have been entrusted to domestic companies, which is aimed at supporting domestic industries and creating jobs in the country.”
The official further noted that NITC is also supplying the necessary materials for the mentioned projects including paints, oils, and chemical products from domestic sectors, which has also saved the country a significant amount of money.
The performance of the National Iranian Tanker Company and round-the-clock efforts of the sailors of the company’s fleet in transporting oil and oil products have been in the center of attention of the country’s authorities these days, as it has been appreciated by the oil minister and also welcomed by other members of the cabinet.
Earlier this month, Oil Minister Javad Oji had praised NITC’s performance in boosting the country’s oil exports.

Previous Iran Ready to Supply Global Market with as much Oil as It Needs
Next Goldman Sees U.S. Recession Risk as much as 35% as Cuts Forecast