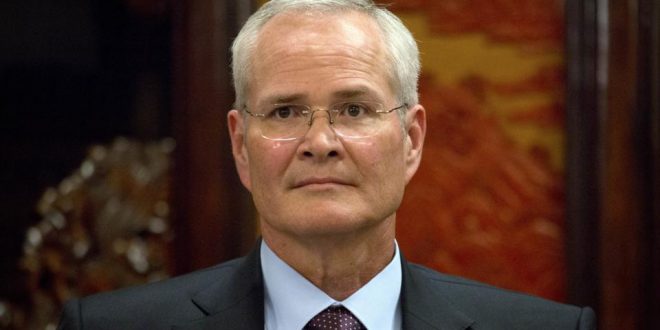 ExxonMobil and Chevron bosses last year discussed merging the two biggest oil producers in the U.S., Bloomberg News reported on Monday, citing unnamed sources with knowledge of the meeting.
According to Bloomberg, ExxonMobil chief executive officer Darren Woods and Chevron CEO Michael Wirth discussed a potential consolidation of the oil companies, a combination that would have huge implications for the energy sector.
The talks came about as the coronavirus outbreak dealt a heavy blow on oil and gas demand, putting enormous financial burdens on both companies to pay dividends and seek new business opportunities at the same time, Dow Jones reported, adding that the discussions were not ongoing and described as “preliminary.”
Representatives from the two companies did not immediately comment on the Dow Jones report.
Analysts say an Exxon-Chevron merger would be one of the biggest in history and would likely draw scrutiny from the U.S. Justice Department. Both companies are offspring from John D. Rockefeller’s Standard Oil, which the U.S. Supreme Court dismantled in 1911 and reshape the oil industry.
A consolidation could be valued at more than $350 billion: the Texas-based ExxonMobil has a market value of $190 billion, while Chevron’s is worth $164 billion.
Together, ExxonMobil and Chevron would likely form the second biggest oil producer in the world in terms of market capitalization and output, generating around 7 million barrels of oil and gas per day, based on pre-crisis figures – second only in both measures to Saudi Aramco.
“Chevron for Exxon (Mobil) is a great idea,” Sankey Research industry analyst Paul Sankey wrote in an October note to clients. “It would be a truly bottom of the cycle, counter-cyclical move of the kind the equity market is more-or-less demanding,” he said in remarks quoted by Bloomberg.
Highlight risks in the oil market, crude oil futures temporarily fell below $0 in April as traders were caught long on the contract rollover following a global glut of crude. Futures prices recovered after the incident to more than $50 a barrel for benchmark Brent crude and U.S. grade West Texas Intermediate, but the incident highlighted potential volatility.