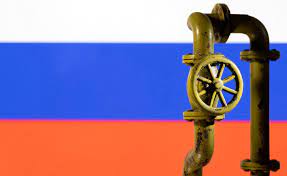 While Germany’s gas reserves are currently almost full, there is also no gas supply coming through its main supply pipelines, which originate in Russia.
According to energy analyst Thomas O’Donnell, this is a major problem for German industry and private consumers. He casts doubt on claims by the German government that the country will make it through the winter without a gas shortage.
“What will happen is, not so much blackouts, what happens is when it gets really cold and the wind doesn’t blow, then you need to take gas out of storage, and you use a lot of coal, and a lot of lignites also to generate electricity,” said O’Donnell, an energy market analyst who teaches at the Hertie School of Governance in Berlin.
“More likely, what will first happen is what we call brownouts,” he explained. “There will be scheduled areas that will have their electricity supplies decreased if everything is managed well.”
Germany is facing a severe energy crisis due to the ongoing Russia-Ukraine war, which led to disruptions in the gas supply and pushed energy prices to record highs.
Although the country’s gas storage facilities this week reached 98.79 % of full capacity, experts are warning that this doesn’t guarantee there will not be rationing of gas or power cuts in the winter.
The storage facilities need a continuous flow of gas from the pipelines to maintain sufficient pressure. However, the country has gotten no gas from Russia since September, after explosions that ruptured the Russian-built Nord Stream undersea pipelines.
Planned fixes ‘not sufficient’ to replace Russian gas
According to O’Donnell, the loss of gas from Nord Stream 1 will be difficult to replace in the short term.
He underlined that the government’s plan to build liquefied natural gas (LNG) terminals at northern German ports will not be a remedy.
“When Germany lost NordStream1, that was 55 billion cubic meters of gas a year. So these new liquefied natural gas (LNG) terminals coming online, the first one will come online and start operating by the end of this year, that’s maybe 7 billion cubic meters,” he said.
O’Donnell said the government’s plan to buy more liquefied natural gas and build seven LNG terminals will likely take two to three years to become fully operational.
“But even with all of those installed, it will still be maybe two-thirds or so of what we were getting from Russia in Nord Stream 1, so it’s not sufficient to completely replace it,” he stressed.
The German government has been urging private households and industry to curb their energy consumption to get through the winter without scheduled gas or electricity outages.
O’Donnell said that while some are predicting that Germany can get to the end of the winter on the reserves, he doesn’t believe that’s a reasonable assumption.
“There is also going to have to be demand destruction, voluntarily or otherwise, reducing the use, and switching to other fuels. So it’s going to be a constant struggle over the next few years,” he cautioned.