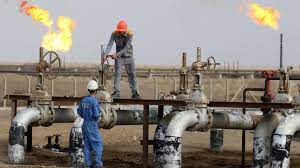 The Ministry of Electricity announced today that the national energy system has lost more than 5,000 megawatts due to the decline in Iranian gas supply to stations in the center and south of the country.
The ministry said in a statement that the national system is exposed today, Wednesday, September 1, 2021, to an old, renewed challenge represented by the decline in Iranian gas supplied to production plants in the central and southern regions, from 49 million cubic meters per day to eight million cubic meters, Which led to the limitation of loads of the national system and the loss of approximately 5500 megawatts of energy without knowing the reasons.
The statement added, however, that the ministry took urgent measures, including high coordination with the Ministry of Oil to pump additional quantities of fuel to compensate for what the system lost from the supplied gas, which could affect the maintenance of the production momentum.
In a related context, the ministry said that it is conducting diplomatic contacts with the Iranian Ministry of Energy and its embassy in Baghdad, to clarify the conditions for this decline so that the situation can be addressed.
“All relevant authorities will be informed of the latest developments”, it noted.

Previous Gas Price in Europe Rises Above $625 Per 1,000 Cubic Meters
Next OPEC+ Focuses on Increasing Oil Output by 400,000 bpd/Month