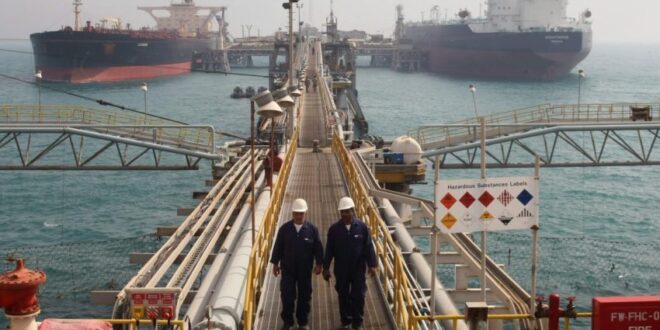 Iraq to Increase Its Share in the European Oil Market

The State Organization for Marketing of Oil (SOMO) intends to increase its share in the European market amid the decline in Russian imports to the region and its need to provide alternatives.
Head of SOMO, Alaa Al-Yasiri, mentioned that the work mechanisms of SOMO are focused on ensuring the marketing shares of Iraqi crude oil in the most important global crude oil markets, such as Asia, America and Europe, according to the Iraqi News Agency (INA).
Al-Yasiri explained that SOMO is currently working on expanding its share in the European market, benefiting from the decline in Russian imports to this region and its need to provide alternatives.
Iraq’s oil revenues rose during the month of October by 20.8 percent on an annual basis, supported by the increase in oil prices and the quantities exported.
According to a statement issued by the Iraqi Ministry of Oil, Iraq’s oil revenues for October reached 9.3 billion USD.
Iraq is the second largest producer of crude oil in OPEC after Saudi Arabia, with an average daily production of 4.6 million barrels, Sky News Arabia mentioned.