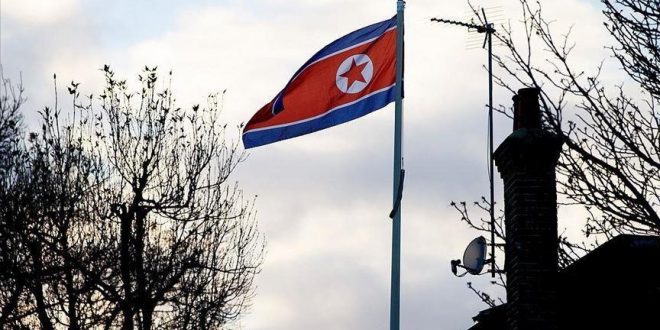 A key meeting of North Korea’s ruling Workers Party is underway amid speculation of Pyongyang preparing for a nuclear test.
The top huddle, which convened on Wednesday, is being presided by North Korean leader Kim Jong Un, with the participation of key officials of the party and ministries, Korean Central News Agency reported on Thursday.
Without sharing any specific details, the agency said the meeting unanimously approved the agenda presented for discussion.
“It began the agenda discussion amid high political enthusiasm of all the participants who are fully aware of their important duty in the historic struggle for prosperity and development of our great country and the people’s wellbeing,” it was reported.
The current meeting is monitored closely by the US, South Korea and Japan as the International Atomic Energy Agency Director General Rafael Grossi on Monday had said that the agency detected indications that North Korea is preparing for a nuclear test at its Punggye-ri site.
On Wednesday, the US, South Korea and Japan announced to bolster security ties and agreed to jointly counter threats from North Korea if Pyongyang carried out a nuclear test.
China and Russia vetoed on May 27 new UN Security Council sanctions that would have been imposed on the North in retaliation for its continued ballistic missile tests, which it conducts in violation of previous council resolutions.
On Wednesday, China blamed the US for simmering tensions on the Korean Peninsula.
“The peninsula situation has developed to what it is today primarily due to the flip-flop of US policies, its failure to uphold the results of previous dialogue, and its disregard for the reasonable concerns of the DPRK. This is an undeniable fact,” Chinese Ambassador Zhang Jun told the General Assembly, referring to North Korea.
On Sunday, North Korea launched at least eight short-range ballistic missiles into the East Sea, the third missile test since the inauguration of South Korea’s new President Yoon-Seok-yeol last month and the 18th since the beginning of 2022.
In response to North Korea’s missile launches, South Korea and the US launched eight missiles into the East Sea the following day.
Since last year, tensions have mounted on the Korean Peninsula as both the North and South have engaged in frequent military drills to show their military strength.