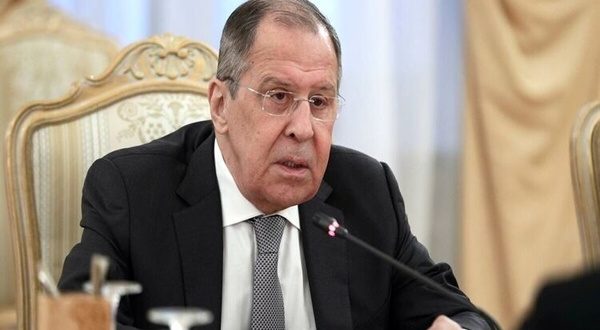 Russia’s Foreign Minister Sergey Lavrov on Friday, in support of the Iranian stance on lifting sanctions and nuclear talks, called for a change in the US stance and the return to the international agreement (JCPOA).
According to The Russian News Agency TASS, talking to media, Sergei Lavrov, who was visiting Cambodia to attend the “‘ASEAN Foreign Ministers’ Meeting in Cambodia, said that now the Americans’ plan is to modify the JCPOA , while Iranians emphasize the terms of the agreement reached in 2015.
I believe that Iran’s position is quite legitimate, Sergei Lavrov added.
He pointed out that the issue is now that the Americans are trying to put a revised plan subject to a new agreement while the Iranians insist on the agreements signed in 2015.
Russia’s Foreign Minister said that Russia’s position is also clear on the signing of an agreement to restore the Joint Comprehensive Plan of Action (JCPOA).
Iran’s Top Nuclear Negotiator Ali Bagheri Kani met with the Permanent Representative of Russia to International Organizations in Vienna, Mikhail Ivanovich Ulyanov in the Austrian capital Vienna on Friday.
The Iranian team is led by Deputy Foreign Minister for Political Affairs Ali Bagheri Kani.
The Islamic Republic of Iran delegation in negotiations to remove the sanctions, headed by Ali Bagheri Kani, arrived in Vienna on Thursday morning for continuation of the nuclear talks with world powers.
Bagheri Kani had earlier in the day held his first round of talks with Enrique Mora, as well as a round of bilateral talks with a deputy Austrian foreign minister.
Ali Bagheri Kani, the top Iranian negotiator, and Enrique Mora, JCPOA negotiations coordinator and EU deputy foreign policy chief, held a second round of talks late on Thursday night.
The Iranian and Chinese negotiators in the talks over the revival of the 2015 Iran nuclear deal, known as the JCPOA, held talks in Vienna on Thursday.