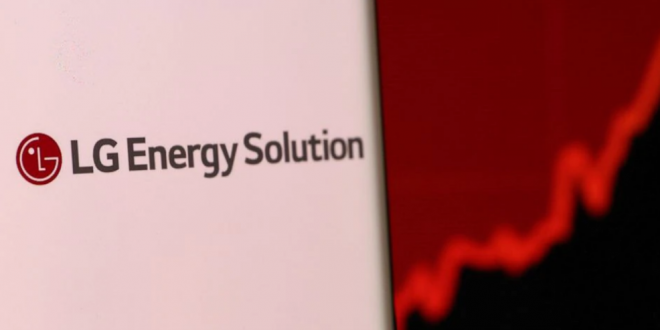 Korean battery maker LG Energy Solution (LGES) has opened the books to investors to raise up to $10.8 billion in the country’s largest initial public offering (IPO), according to a term sheet seen by Reuters.
The shares will be sold in a price range of 257,000 won to 300,000 won ($216.19-$252.36) apiece to raise between $9.2 billion and $10.8 billion, the term sheet showed.
The IPO will beat the previous South Korean record held by Samsung Life Insurance’s 4.9 trillion won offering in 2010.
LGES will be valued at $51 billion to $59 billion.
The company said on Monday it was continuing to “execute remaining processes to launch a successful IPO”.
Cash raised will be mostly used to expand the company’s current production facilities and debt repayment, according to the term sheet.
LGES is LG Chem Ltd’s wholly owned battery subsidiary and supplies Tesla Inc, General Motor Co and Hyundai Motor Co, among others.
The company will sell 34 million primary shares and its parent company will sell 8.5 million secondary shares in the IPO.
Demand from investors is expected to be high with the pricing, due to be finalized on January 14, already likely to be at the top of the range, according to sources Reuters spoke to last month.
LGES will start trading on the KOSPI on January 27.
Institutional shareholders will be allotted 55 percent to 75 percent of the shares on offer, depending on the retail subscription and employee share ownership plans take up rates, the term sheet said.
The IPO extends the red hot run of Korea’s deals market over the past year.
There was $17.7 billion raised in 2021 IPOs, easily eclipsing the previous record of $7.6 billion in 2020.
A roadshow between management and investors will start Monday and run until January 11, the day before books close, the term sheet showed.
Investor appetite to buy stock is expected to be closely tied to the booming demand for electric vehicles in major markets around the world.
Global EV sales, estimated at 2.5 million vehicles in 2020, are forecast to grow more than 12-fold to 31.1 million by 2030 and account for nearly a third of new vehicle sales, according to consulting firm Deloitte.

Previous Japan’s Energy Dilemma: How to Achieve Security alongside Decarbonization
Next Denmark Wants to End Fossil Fuels in Domestic Aviation by 2030