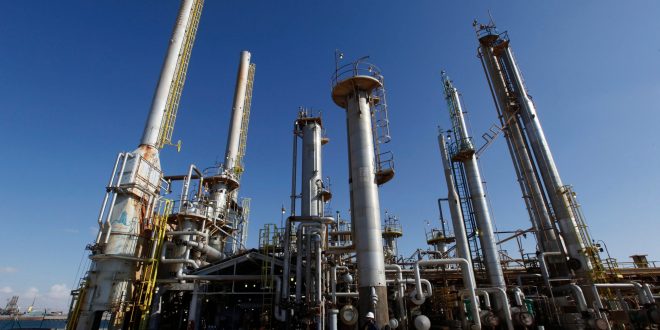 Libya is expected to resume production from fields and export crude from ports that are secure, said the country’s state oil company.
The National Oil Corporation said a force majeure in place will be eased across “oilfields and ports that are secure”. Force majeure refers to an unforeseen event outside of a party’s control that prevents it from fulfilling its obligations under a contract.
Libya tentatively lifted a six-month long force majeure in July to resume oil exports. However, the ports were closed a day later after forces allied to Field Marshal Khalifa Haftar called for an equitable distribution of oil revenue across the country.
In a televised address, he said the resumption of production would help mitigate electricity shortages by directing more fuel to power plants.
Blockades have resulted in lost Libyan oil production worth $6.5 billion (Dh23.87bn) since the start of the year and led to an increase in the cost of rebuilding infrastructure, according to the NOC.
Much of Libya’s oil production was affected by the civil war that led to the overthrow of Muammar Qaddafi in 2011.
Production, which stood at about 1.75 million barrels per day before the conflict, fell by 850,000 bpd in the years that followed as protests and blockades prevented crude exports from leaving the country’s ports.
Libya produced 1.2 million bpd in 2018 and 2019, with its output dwindling to a mere 106,000 bpd in August, according to OPEC’s secondary sources.