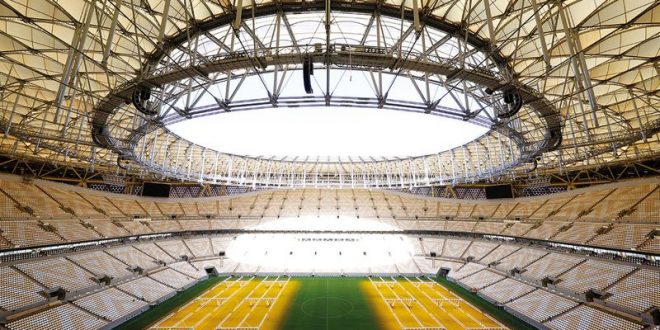 Apart from the host nation Qatar, the FIFA World Cup 2022 should deliver sizeable economic prospects for UAE and Bahrain too.
The football carnival is expected to give a $20 billion to $25 billion boost to Qatar. In addition, rising liquid natural gas (LNG) prices and the spurt in orders from Europe will add further impetus to government revenues and overall GDP.
Although the IMF has pegged Qatar’s GDP growth rate at 3.5 per cent, other forecasts suggest it could be in excess of 5 per cent in 2022. “PMI data continue to point to strong non-oil & gas growth in Q1-2022, with the headline PMI averaging 60.2,” said Khatija Haque, Head of Research & Chief Economist of Emirates NBD.
“This reflects a sharp expansion in business activity as well as new work. We expect this to continue as the country prepares to host the World Cup.”
Tourism boost
Post FIFA 2022, Doha aims to transform World Cup infrastructure into new communities, schools, and hospitals as well as springboards for tourism in-flows. The Qatar National Vision 2030 (QNV 2030) envisions a diversified economy in which the private sector plays a prominent role and includes a project pipeline worth some $200 billion.
Tourism got a big fillip under the National Development Strategy (NDS) 2011-16 from large investments in transport and urban infrastructure, such as the Hamad International Airport that opened in 2014, spawning new hotels, resorts, malls and conference centres.
Spillover effects
Thetravel and tourism demand generated by the World Cup is expected to spillover to neighbouring countries, especially the UAE and Bahrain.
Dubai and Abu Dhabi with their significantly large hotel room capacities are expected to see a surge in demand around the event.
Gas fundamentals
LNG is expected remain the key driver of Qatar’s continued economic expansion. The heavy investment in vertically integrated LNG infrastructure, downstream, shipping, re-gasification infrastructure, as well as its location, structural cost advantage and economies of scale have allowed it to become the world’s largest LNG exporter.
According to estimates, Qatar Petroleum is expected to raise the country’s LNG production capacity to 120 million tons per annum (mtpa) by 2027, a 64 per cent increase from current levels. Qatar’s hydrocarbon production is projected to increases from 3.6 million barrels of oil equivalent per day (mboe/d) in 2021 to 5.0 mboe/d by 2025.
Medium term, Qatar will also benefit from the European Union’s resolve to diversify its gas sourcing away from Russia. The European Commission plan announced in March, aims to make the EU independent of Russian fossil fuels by 2030.

Previous EU could Exempt Pipeline Oil as it Seeks Deal on Russian Embargo
Next Russia Sends Record Volumes of Oil to India, China