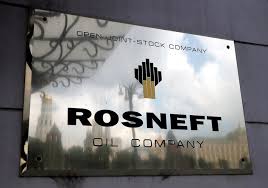 European-born executives at Rosneft quit the Russian oil giant days before the EU sanctions banning European citizens from working at the state-held Russian firm entered into force, Reuters reported on Friday, quoting six sources with knowledge of the matter.
The departure of the five now-former executives at Rosneft could stall the development plans of the Russian oil giant and the ambition of its CEO, Igor Sechin, to have a multi-national executive team to lead various divisions at the company.
Rosneft’s vice presidents Eric Liron, Zeljko Runje, Didier Casimiro, Avril Conroy, and Otabek Karimov—who are citizens of Belgium, France, Croatia, and Uzbekistan—resigned from Rosneft days before the sanctions against Russia and dealings with Russian oil firms entered into force on May 15, according to Reuters’ sources.
All these managers joined Rosneft either in 2012 or 2013, including Croatian Runje, who moved to Rosneft from Exxon’s Russian branch ten years ago.
The sanctions and the departure of foreign executives are expected to slow the development growth at Russia’s largest oil producer, Rosneft, and its ongoing projects, especially those for hard-to-recover oil deposits, which need foreign equipment and expertise, which Russia is now losing because of the sanctions.
Russia’s oil production is already falling and will continue dropping in the coming months and years as Moscow will not be able to redirect to China and India all the volumes it is losing in the West, analysts say. Sanctions and embargoes over Putin’s war in Ukraine will cripple Russian oil production for years to come. Restrictions, combined with the lack of access to Western technology to pump harder-to-recover oil and enhance production from maturing wells will hit Russia’s oil industry not only in the near term but also in the long term, analysts say. Many wells may never be revived to pump crude again, they add.