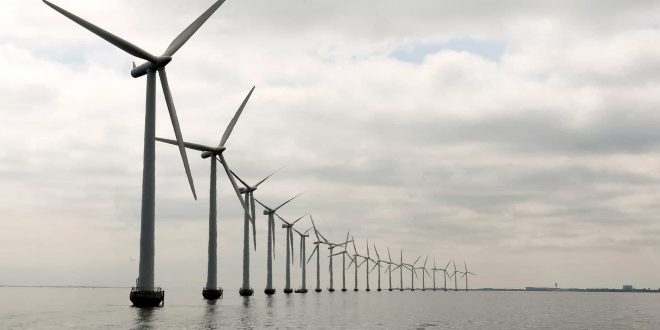 During the UN 2021 COP26 conference in Glasgow, there were several divergent views on how to mitigate climate change. Natural gas production was a serious bone of contention. Specifically, Europe led the campaign advocating for a decline in natural gas investments in favor of renewable energy. Most developing countries took issue with this, with Senegal’s President and Chairman of AU (African Union), Macky Sall, describing the cutting of funds for new gas exploration as “a fatal blow” to emerging market countries.
Over the years, there has been a global debate on compatibility of natural gas with renewable energy. Some see it as a zero-sum competition and suggest that only renewable energy should be encouraged.
However, with the start of Russia’s war in Ukraine threatening energy security in Europe, the role of natural gas as the best-fit alternative for fossil fuels and renewable energy transition has become clear.
Interestingly, the EU in February reclassified natural gas as green energy, despite intense backlash. In clarifying the move, the EU commissioner responsible for financial services, Mairead McGuinness, said her institution was not guilty of “greenwashing” as natural gas and nuclear were labeled as “transitional” energy sources in the EU green investment taxonomy.
Indeed, as EU scrambles to end its dependency on Russia’s gas, there has been a greater urgency in accelerating push for alternative energy sources, which besides solar and wind energy, LNG will also constitute a significant supply. This means that suppliers of natural gas in underdeveloped frontier energy markets in Africa may find new investors in Europe.
Egypt may be the biggest beneficiary. As the host of the 2022 U.N Climate Change Conference (COP 27) this November, “Egypt will likely use its position to give greater voice to key nations in Africa, that seek a larger role for natural gas in the energy transition process,” noted Prof. Michael Tanchum, in a recent review for the Middle East Institute.
Already, Egypt has made significant inroads in the LNG and green hydrogen market. In April, Egypt and the EU signed an agreement to foster cooperation for the supply of LNG and green hydrogen.
During the same month, Egypt also pledged to boost gas production and exports to the Italian market. The largest Mediterranean natural gas find, the Zohr field off the coast of Port Said, is jointly run by the Italian energy multinational Eni and Egyptian state-owned EGAS. In 2019, two years after Zohr field started gas production, Egypt achieved natural gas self-sufficiency and became a net gas exporter.
Quite striking is the manner in which Egypt has achieved synergy between natural gas and renewable energy development.
Under Egypt’s 2035 Integrated Sustainable Energy Strategy, it aims to boost renewable energy production by 10 times to account for 42 percent of Egypt’s total installed electricity capacity by 2035.
Part of this renewable energy capacity is slated to come from Gulf of Suez. As an important maritime route, the planned green hydrogen sites can help Egypt to market itself as an important bunkering hub for alternative and clean maritime fuel.
In March 2021, the Egyptian government signed an agreement with Belgian conglomerate DEME to conduct feasibility studies on production of green hydrogen as a new source for the country’s energy.
Reportedly, suitable sites to locate the hydrogen hubs could be in the Gulf of Suez. Its proximity to Ras Ghareb, a 265 MW near-shore wind farm, makes it the best cost-effective choice. The Egyptian government plans to desalinate seawater with the help of renewable energy in production of green hydrogen.
In addition, the Norwegian renewable energy company Scatec is developing one of Egypt’s significant green hydrogen projects. The facility is based at the industrial zone of the Red Sea Port of Ain Sokhna. Although the green hydrogen will be used as a feedstock for fertilizer production by Egypt Basic Industries Corporation (EBIC), it will immensely boost the status Ain Sokhna Port in adoption of green fuels.
Due to the vast terrestrial space it serves – as it borders major cities in Egypt – the port is steadily developing into an industrial hub. It is currently a gateway port for Egypt and Persian Gulf.