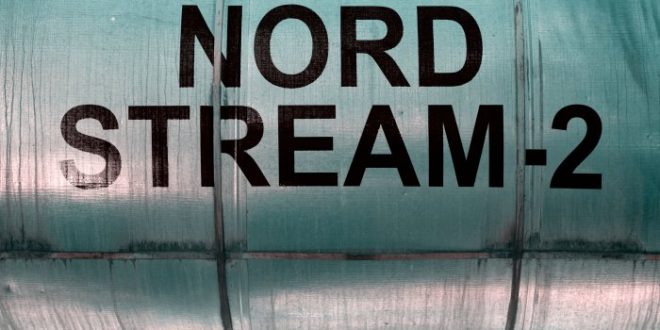 The United States and Germany want to compensate Ukraine for losses after the launch of the Nord Stream 2 gas pipeline, Bloomberg reports citing sources.
The agreement, which some officials hope to have ready for Chancellor Angela Merkel’s visit to Washington next month, could see the countries commit to bolstering Ukrainian infrastructure and compensating it for transit fees that will be lost because the pipeline bypasses the country. Germany may also commit to supporting the “Three Seas” plan to boost Eastern European cooperation on energy and transportation.
Possible options for a deal were spelled out by several people familiar with the negotiations, all of whom asked not to be identified detailing private discussions. Even if the elements hold, the outcry from members of the U.S. Congress could be fierce because such an agreement would be similar to proposals that have failed to deter Russia in the past.
Opponents of Nord Stream 2 argue that by sending Russian gas directly to Germany, the pipeline will give Moscow greater leverage over European national security. After initially suggesting it would try to halt construction of the pipeline, the Biden administration shifted tack in recent weeks, saying that doing so would be a long shot because it’s already 90% complete. Instead, officials said, they would work with Germany and other allies to reduce the pipeline’s impact.
Discussions about a deal are going on between the State Department and Germany’s foreign ministry, with National Security Advisor Jake Sullivan and Merkel’s foreign and security adviser, Jan Hecker, deeply involved.
Sullivan and Hecker met on June 2, when experts from both sides discussed the risks Nord Stream 2 “poses to Ukraine and European energy security,” U.S. National Security Council spokeswoman Emily Horne said in a statement at the time.
Secretary of State Antony Blinken confirmed the two sides were talking about ways to “ensure that Russia cannot use energy as a coercive tool directed at Ukraine or anyone else.”
“We’re determined to see if we can make something positive out of a difficult situation that we inherited,” Blinken said, adding that the U.S. wants to “do what we can to make sure that the end result is that Europe’s energy security is not undermined – in fact, it’s strengthened; that Ukraine’s position is not weakened, that it’s actually reinforced.”
Among ideas the two sides have discussed are investment to help Ukraine build its own power plants and plans to boost the sale of synthetic, or green, gas from Ukraine. Germany has also signaled its willingness to enter talks with Russia on extending transit quotas for Ukraine, which would lengthen the time Russian gas would be contractually required to flow through the eastern European nation.
One contentious idea is creating a “snapback” mechanism to halt the flow of gas through Nord Stream 2 if Russia seeks to coerce Ukraine.

Previous After Years of Massive Losses, US Shale Eyes a $60-Billion Year
Next Iran’s Retaining of Data of IAEA Cameras out of Good Will