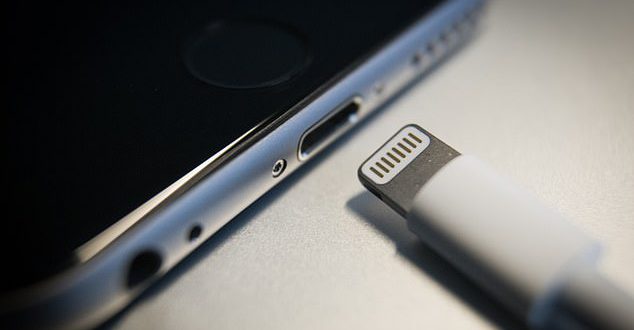 Apple could be ditching its Lightning adaptor in favour of a USB-C. making old cables redundant.

Apple`s forthcoming iPhone 11 could ditch the Lightning port. a key feature of the iPhone since 2012.

A screengrab of the new recovery mode screen in iOS 13 – the next version of Apple`s iPhone software – appears to confirm this rumour.

Rumours have been circulating for some time that Apple had plans to replace the Lightning port with an Android-style USB-C port.

Apple has already moved to the USB-C cables for its iPad Pro.

The change. if implemented. would render all current Apple chargers for iPhones useless for the upcoming model.

In the image the Lightning cable shown in iOS 12 has clearly been replaced with a USB-C cable.

The iOS 13 download isn`t out properly just yet – it`ll release with the new iPhone in September – but fans can access an early `Beta` version of it via Apple`s website.

According to the screenshot. posted on Twitter by Raphael Mouton.  the familiar Lightning cable and iTunes icon that appeared on the iPhone screen in previous iOS versions isn`t there anymore.

In earlier versions of the operating system. the cable could be seen pointing to the iTunes logo during a restore from a computer.

This has been tweaked to show a generic silhouette of a laptop. likely because syncing with a computer will be handled in the Finder. now that iTunes will be split into Music. Podcasts and Books.