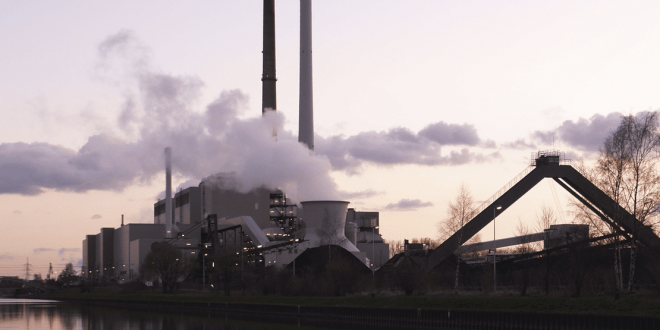 Germany plans to use coal-fired power plants that were due to be closed this year and next as reserve facilities, as part of a plan to make sure the country can keep the lights on in case natural gas supplies from Russia are abruptly cut. The plan comes as the EU copes with a big disruption to its energy market due to Russia’s invasion of Ukraine.
A total of 8.5 gigawatts (GW) of coal generation capacity would be enabled to provide electricity on demand if a bottleneck arises, prioritizing the resources of natural gas for industry and heating homes. The proposal, which has to go through Parliament, would remain in place until 2024 when the country hopes to have found other options.
Natural gas, most of it from Russia, accounted for 15% of Germany’s electricity generation in 2021, the Economy Ministry said in a statement. The country has counted on gas from Russia as a replacement for coal to meet its climate change target of reducing emissions by 55 by 2030%. However, the war has challenged Germany’s plans.
Government sources told Bloomberg that maintaining coal in a state of readiness won’t necessarily mean that plants emit additional carbon emissions, highlighting the plan won’t derail Germany’s goal to stop using coal by 2030. The sources also dismissed an increase in power prices as coal generation is cheaper than using gas.
“We must complete the phase-out of coal in Germany by 2030. This is more important than ever in the current crisis,” according to the government’s decree, which Bloomberg had access to. “On the way there, we have to strengthen our precautions and keep coal-fired power plants in the reserves for longer in the short term.”
German utility companies already said they could make their coal plants available if needed. Energy company Uniper, for example, said it could dispatch 3 GW of coal power if push comes to shove. However, it won’t necessarily be so straightforward. Germany, and Europe overall, rely on Russia for most of the coal it uses to run the polluting power plants.
Germany’s energy challenges
Under its previous government, Germany agreed in 2020 to spend over $40 billion to phase out coal entirely by 2038. The new government, which took office in December, has moved the date up to 2030, seeking an expansion of renewable energy for power generation. Efforts to build more solar and wind energy stalled in the country in recent years.
Germany has fewer options for the energy sector compared to other European countries after its decision to close most of its nuclear plants. Earlier this year the government shut down half of the six nuclear plants it still has in operation. Some energy experts in Germany have recently asked to review the decision on ending the use of nuclear power.
Climate ministers from the Group of Seven (G7), of which Germany is a member, will meet this week to consider phasing out coal energy by 2030 and decarbonizing the power sector by 2035. The bloc wants to ensure that the short-term response to the global energy crisis won’t derail a longer-term commitment to cut polluting emissions.
The EU has already introduced a new strategy to cut its reliance on natural gas from Russia. The REPowerEU plan wants to make Europe independent of Russian fossil fuels by 2030, initially focusing just on gas. The roadmap proposes to find alternative supplies of gas, as well as increase energy efficiency and renewable energy sources.