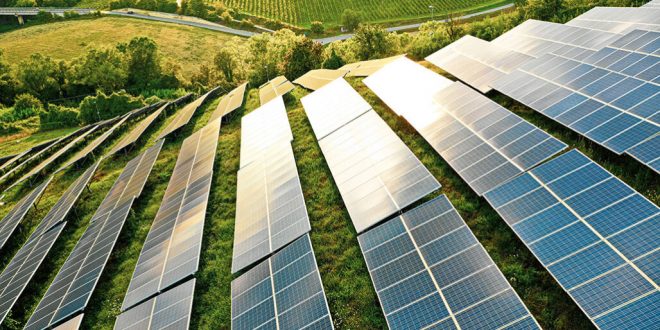 Between 2018 and 2020, the solar power capacity of Vietnam leapt to 16.5 gigawatts from 0.1 gigawatts. In the same period, the sunny Mena region added only 3.1 gigawatts in its entirety. The region has made some important strides in solar power but it needs to find the way to go much faster.
More than 400 million people in the Mena region are a far larger market than Vietnam’s 96 million, and the gross domestic product per person is almost three times higher. The South-East Asian state is densely populated, mountainous and forested. If it can do it, this region can too.
The Mena region has some of the world’s best conditions for solar electricity – high levels of solar radiation, clear skies, open non-farming land and demand for air-conditioning that coincides well with peak generation. In the most favoured countries, this combines with political and business stability, plentiful capital, reliable electricity grids and often densely concentrated populations that can be served by desert solar farms in relative proximity.
In this way, regional Gulf countries have set records for the world’s cheapest solar electricity – 1.35 US cents per kilowatt-hour for Abu Dhabi’s Al Dhafra plant last April, 1.04 cents per kWh in Saudi Arabia this April, far below the costs of oil or even gas-powered generation. Yes, for now, gas or an alternative such as nuclear is required for night and less sunny periods. But the sensible combination of gas with solar yields the cheapest electricity mix.
Solar power is quick and straightforward to build, reliable in operation with little required maintenance and emits no greenhouse gases during operations. It can be built at every scale from a few watts for a garden light or a few kilowatts of panels on a villa roof, to gigawatt-sized plants such as Al Dhafra, about the size of Yas Island.
Boosting the region’s use of solar power will bring new electricity to countries suffering from shortages and power cuts. It generates local employment in installation, and innovative start-ups such as those using the UAE, Jordan or Egypt as their base for wider expansion into Sub-Saharan Africa and elsewhere.
Above all, it is essential to transition towards a low-carbon domestic energy system and to make further progress on the green targets that almost every Middle East country has, such as the UAE’s plan for 50 per cent clean electricity by 2050. With continuing advances in renewables, these goals can be made much more ambitious.
Solar panel prices have risen recently, up about a quarter since the start of the year, because of increases in the cost of raw materials and shipping. This has been a shock for an industry used to a decade of sharply retreating costs.
But while this is grounds to proceed carefully, it does not demand Middle East project sponsors slam the brakes. Costs will probably ease off at the start of next year as new factory capacity comes online. Moreover, solar panels are only part of the total bill and prices for natural gas and coal, the main competitors to renewables, have also hit decade-long highs.
Instead, Mena governments should supplement their long-term aspiration with interim targets. This is anyway increasingly essential for their five-year submissions under 2015’s Paris Agreement on climate change, for which updates are due at the end of this year.
They should establish a refreshed pipeline of new opportunities, as Saudi Arabia has begun to do, so solar developers and engineering companies can plan accordingly. Project delays in the pandemic were inevitable but lengthy halts for bid evaluation and renegotiation should be avoided.
Ministries, electricity utilities and other solar sponsors need to make more use of the private sector. This includes cutting energy subsidies and regulations, so that factories, malls and homeowners can more easily generate for their own use. Solar panels should be mandatory for new construction. Industries should be allowed to “green” their output by contracting for solar electricity, as Emirates Global Aluminium recently did with the Dubai Electricity and Water Authority.
Solar in the region is led by a limited, albeit widening, set of champions: the UAE, Saudi Arabia, Jordan, Egypt, Israel and Morocco, now joined by Oman. The laggards, including the highly populous and energy-consuming Algeria, Iraq and Iran, and energy-starved Lebanon, need to get moving, if they can overcome bureaucracies and vested interests.
With only a small share of generation from solar power so far, balancing its variable output is not yet a serious problem for most countries. However, Jordan, having overcommitted, then had to halt projects while it reinforced its grid to move power from the sunny and windy south to demand centres in the north.
Other states can learn from this. As demand is mostly in the summer and daytime, the region does not need long-duration storage, unlike north-west Europe or the US north-east. In general, overnight storage will be good enough.
Dewa is building a pumped hydroelectric plant at the Hatta Dam, to recycle surplus power, and its concentrated solar thermal plant will be able to use stored heat to generate overnight.
Other options are innovative new batteries, “green” hydrogen from splitting water with solar power, and smart grids that can shift electricity usage around and draw on the capacity of a growing future fleet of battery cars. Electricity interconnections with neighbours can make use of different time-zones. Genuine markets for electricity trade, and smart meters that vary prices by season and time of day, should support such schemes.
The region has barely scratched the surface of what it can achieve with solar power. With boldness and imagination, the photovoltaic pillar can support an industrial, scientific and environmental renaissance.