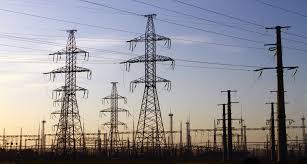 The Iraqi Minister of Electricity, Majid Hantoush, arrived on Saturday in the Iranian capital, Tehran, on an official visit.
According to the official Iranian news agency “IRNA”, Hantoush met with the aide of the Minister of Energy, Humayun Haeri.
The two sides reviewed ways to expand bilateral cooperation in the field of electricity and discussed establishing cooperation for the maintenance of power transformers and the repair of the damage to the electricity distribution networks in some Iraqi cities.
The discussions between the Iranian Minister of Energy and the visiting Iraqi Minister of Electricity were held in the presence of Muhammad Hassan Metwally Zadeh, the Executive Director of “Tawanir” (the parent company tasked with the management of generation, transmission, and distribution of power in Iran), and Muhammad Ali Farahnakian, the Iranian Minister of Energy’s advisor for international affairs.
On Sunday, the Iraqi Electricity Minister will meet with the Iranian Energy Minister, Reza Ardakanian.