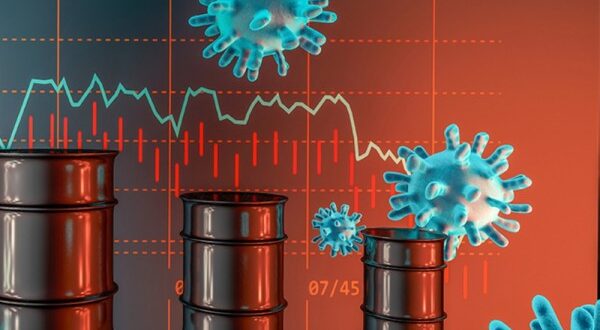 Another spike in Covid infections in China is threatening more downward pressure for oil prices, as Chinese authorities reported a new daily record in new infections on Thursday.
According to Reuters, China recorded close to 32,700 new infections on Thursday, of which only around 3,000 were symptomatic but this does not seem to make a difference for the country’s zero-Covid policy.
Despite the record number of infections in China, oil prices were actually higher in early Friday trading in Asia because of the EU’s failure to agree on a price level for the G7/EU price cap on Russian crude.
The news from China will likely have a delayed effect on the price outlook because of the EU’s cap debates; however, the impact will be decidedly negative: more cases mean more lockdowns in China, and more lockdowns mean more disruption in industrial activity and a consequent decline in oil demand from one of the biggest importers.
According to ANZ, the surge in new infections has already affected fuel demand in the country, with implied oil demand seen lower by 1 million barrels daily than average, at 13 million bpd.
“This remains a headwind for oil demand that, combined with weakness in the U.S. dollar, is creating a negative backdrop for oil prices,” ANZ commodity analysts said in a note quoted by Reuters.
Disruption in China will send ripples across the global economy.
Lockdowns in China are bad news for more than just oil bulls. Because of its role as a global supplier of everything from solar panels to plastic toys, any large-scale disruption in Chinese economic and industrial activity means lower supply of often crucial products such as the abovementioned solar panels.
On Friday, in an attempt to shore up the economy, China’s central bank slashed the amount of cash lenders are required to hold in reserve by 25 basis points for the second time this year, Bloomberg reports.

Previous The U.S. Shale Boom is Officially over
Next Saudi Arabia and Iraq Reiterate their Support for a Production Cut