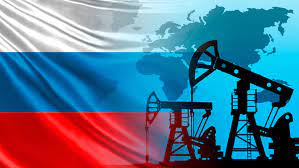 The White House on Friday welcomed a $60 per barrel EU price cap for Russian oil exported by sea.
“A price cap will help limit Mr. Putin’s ability to profiteer off the oil market so that he can continue to fund a war machine that continues to kill innocent Ukrainians,” National Security Council spokesman John Kirby told reporters.
“So, we welcome the progress that our EU partners are making on this and I look forward to seeing whatever the final announcement is,” he added.
The agreement on the price cap came after days of intense negotiations by EU officials, and aims to hit Russia’s revenues from oil exports and sales.
When asked about Biden’s remarks Thursday saying he was prepared to speak with Russian President Vladimir Putin about ending the conflict in Ukraine, Kirby said Biden was not indicating “now” is the time for talks.
“Mr. Putin has shown no indication that he’s willing to sit down and talk and to end this war,” Kirby told the virtual press briefing.
“The President also said something yesterday and he says it a lot but I think it’s worth revisiting. That the war could end today,” he added.
Biden’s remarks came during a joint press conference with French counterpart Emmanuel Macron, saying that he is prepared to speak with Russian President Vladimir Putin while also emphasizing that the Russian leader has not yet demonstrated a willingness.
Kremlin, in response, said that Russia is not ready for negotiations with the US on the condition of “withdrawal from Ukraine,” but Putin remains open to talks.