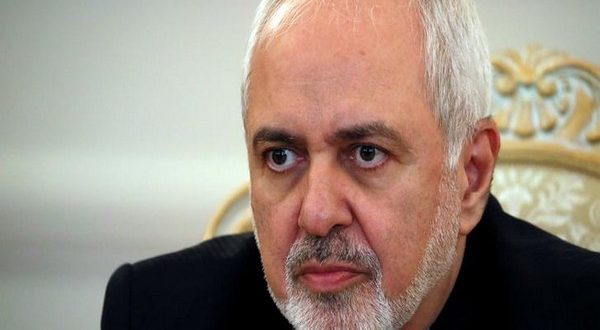 Zarif Raps EU’s Noncompliance with JCPOA in Letter to Borrell

Zarif sent a letter to EU Foreign Policy Chief to denounce the EU3’s non-compliance with JCPOA after the three European states drafted an anti-Iranian resolution at the IAEA Board of Governors, Mousavi announced.
“Following the irresponsible and illegal measure by the three European states (Germany, the UK, and France) to initiate a draft resolution at the International Atomic Energy Agency Board of Governors and also the continuation of non-compliance with the international commitments under the JCPOA and the resolutions passed by the (JCPOA) Joint Commission, the Minister of Foreign Affairs of the Islamic Republic of Iran yesterday sent a letter to Mr. Borrell, the European Union Foreign Policy Chief and the JCPOA coordinator, and once again referred the cases of the European countries’ non-compliance according to Article 36 of the JCPOA to the Joint Commission for settlement,” Spokesperson for the Ministry of Foreign Affairs of the Islamic Republic of Iran Seyyed Abbas Mousavi said on Friday.
Foreign Minister Zarif has emphasized in the letter that “any interference in the ongoing Safeguards cooperation between Iran and the IAEA would run counter to the JCPOA and could have negative effects on the principles of the existing Safeguards cooperation,” Mousavi added.
The spokesperson further reiterated that the Islamic Republic of Iran is prepared for the maintenance and full implementation of the JCPOA by all parties to the agreement, stressing the need for Iran to fully enjoy the economic results of the sanctions removal regime as defined by the JCPOA.
Iran will take the necessary and proportional measures in response to any excessive demands and irresponsible behaviours, and firmly calls on the three European states to prepare the ground to save and fully implement the JCPOA by honouring their commitments instead of following the United States’ policy of maximum pressure, the spokesperson concluded.