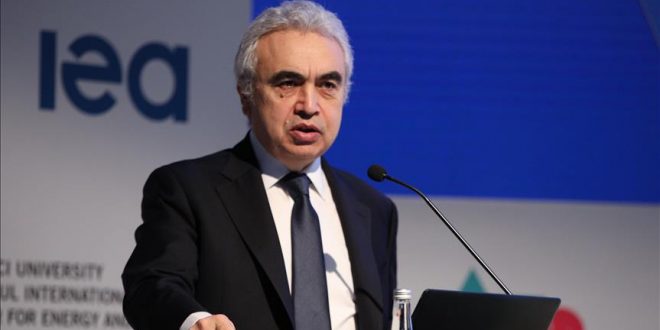 Tightening markets for liquefied natural gas (LNG) worldwide and major oil producers cutting supply have put the world in the middle of “the first truly global energy crisis”, the head of the International Energy Agency (IEA) said on Tuesday (25 October).
Rising imports of LNG to Europe amid the Ukraine crisis and a potential rebound in Chinese appetite for the fuel will tighten the market as only 20 billion cubic meters of new LNG capacity will come to market next year, IEA Executive Director Fatih Birol said during the Singapore International Energy Week.
At the same time the recent decision by the Organisation of Petroleum Exporting Countries (OPEC) and its allies, known as OPEC+, to cut 2 million barrels per day (bpd) of output is a “risky” decision as the IEA sees global oil demand growth of close to 2 million bpd this year, Birol said.
“(It is) especially risky as several economies around the world are on the brink of a recession, if that we are talking about the global recession…I found this decision really unfortunate,” he said.
But Birol also said the current energy crisis could be a turning point in the history of energy for accelerating clean energy sources and for forming a sustainable and secured energy system.
“Energy security is the number one driver (of the energy transition),” said Birol, as countries see energy technologies and renewables as a solution.